A quick introduction to cryptocurrencies

Home » A quick introduction to cryptocurrencies

If you asked most traders and investors only a decade ago about cryptocurrencies, the response would have been lukewarm at best. Now, these responses have changed dramatically, after an incredibly short time-frame. There is, of course, still plenty of hesitation around these currencies. This is still to be expected as cryptocurrencies are very new, with no real predecessors. So the crypto market is looking incredibly attractive to some more adventurous investors as of now. New currencies are popping up left and right. Some currencies have gained immense value multiple times over practically overnight.

All of this has excitement over this new form of currency may have to lead you to look into this currency. In this article, we hope to give you a brief overview of the history of cryptos and how they work.

Cryptocurrencies began in earnest just over a decade ago in 2008. The original Cryptocurrency was Bitcoin. It had an anonymous creator, under the pseudonym, Satoshi (a name also used to convey subdivisions of a single bitcoin). Upon its release, the value of Bitcoins was very low, cents per coin. Over time, into the early 2010s, prices started to rise considerably. Bitcoin mostly kept its upward momentum for several years, until it hit its peak in December 2017. This was a price of over $19,000. It still remains the most valuable cryptocurrency today by far, valuing at around $7,000 per Bitcoin as of April 2020. 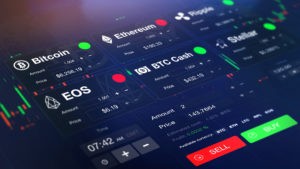 This sort of unprecedented price gain is obviously attractive to traders. Due to the relative novelty of cryptocurrencies and their volatility their prices change rapidly. This makes this the exact sort of investment bold investors look for. In the wake of Bitcoin, many new cryptocurrencies arose to fill more specific niches. Among these are Ethereum, Litecoin, Tezos, and many others. The value of these currencies remains far below Bitcoin so far, at most hundreds of dollars. We shall, however, see what the future holds for these. The reason Bitcoin remains so expensive is because it remains the first, and thus has had the most investment. As the market adjusts to new coins, they may gain more importance.

So what exactly are cryptocurrencies? What is the technology behind them that makes them so attractive? How do they differ from regular currencies?

So, first off, to get the most obvious point out of the way, cryptocurrencies are entirely digital. No central power or country controls its value. This means that the value of the currencies are reflected accurately, as no-one is fudging the figures, as some countries do. However, this, along with their novelty, also makes the crypto market highly volatile. It will remain to be seen if this volatility will be a temporary characteristic of the crypto market during a lack of regulation. 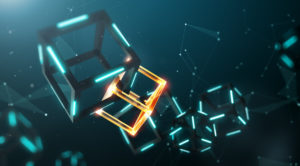 Cryptocurrencies also have something called blockchain technology, which makes them extra secure. Blockchain technology describes the method by which all transactions for cryptocurrencies are stored. Each new transaction creates a block that joins into a whole network or chain of blocks. This is essentially a gigantic online ledger. The transaction in the blocks is verified by multiple computers around the world. Each transaction is encrypted, which they have to decrypt and then verify the transaction. This process is mining, a topic for another time. The block is then attached to another, already verified, block. You could say that each transaction is validated across the whole history of transactions. If someone wanted to change the information in a block, they would have to modify all of the blocks.

This is their main and most attractive feature, which gives those using the currencies a lot of confidence in their reliability.

Due to their nature, as a digital currency, you cannot store crypto coins in the usual places. You would find that banks would not allow you to do store crypto coins, as they are not traditional forms of currency. People then have to find alternatives methods for storing their coins. This can be via several different methods. Most are digital, either online or offline. One method is even based on physical printed paper. These methods vary in their reliability and safety. People who own these coins will have to decide the best method for them. Strictly speaking, you do not actually store the coins, but the past history of all your previous transactions.

While the online blockchain is quite safe and not very susceptible to hacks, wallets are a different story. Most of the largest hacks in crypto transactions have involved crypto wallets (and public exchanges). This makes choosing their crypto wallets of utmost importance to crypto owners.

Due to their digital nature, and lack of regulation, cryptocurrency users can remain quite anonymous. This had both its positives and negatives. The lack of tracking can help people who may be under threat of surveillance. This could be political refugees or people who are afraid of illegal organisations (no access to bank accounts).

It can also, unfortunately, allow for people to make shady transactions. Since no central authority oversees the coin, people dealing in the black market can make transactions without worries. Fortunately, this last point is starting to change. Some of the more powerful currencies, like Bitcoin, have begun working with government forces to curb illegal activity. This may, unfortunately, only work temporarily. As it becomes apparent that a currency is divulging user information, these users may move elsewhere. There is a whole load of cryptocurrencies out there, and a new one can always appear to fill that niche.

The relative novelty of cryptos means that the market is unregulated, and thus volatile. Many investors are flooding into this up-and-coming market, as this volatility means prices can change dramatically. This price change has meant that, in some rare cases, investors have made huge profits, several thousand-fold. It is likely that the market will remain volatile for the foreseeable future, but regulations are slowly dripping in.