Chinese e-commerce giant Alibaba Group is planning a secondary listing in Hing Kong. The company has the chance to raise billions of dollars. It is worth mentioning Alibaba is one of the most valuable publicly traded companies in terms of market capitalization. This news will affect stocks.

Another interesting fact is that Alibaba’s initial public offering (IPO) $25 billion is the biggest IPO as of 2019.

Two days ago, on Tuesday, Alibaba obtained permission from Hong Kong regulators to proceed with the share sale.

On Wednesday, the Chinese e-commerce giant notified the U.S. Securities and Exchange Commission that it is planning a secondary listing in Hong Kong. However, the company’s main listing venue will continue to be the New York Stock Exchange.

According to the information, a secondary listing most likely will take place in the last week of November. The company will raise approximately $13 billion. The company plans to issue 500 million new ordinary shares plus 75 million “greenshoe” options. 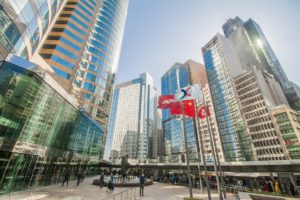 On November 13, Hong Kong stocks declined due to the problems connected with ongoing protests in the city.

The Shenzhen composite barely changed and was mostly flat at around 1,614.30.

Another Asian economic power that experienced the problems is South Korea. Its Kospi index declined by 0.86% to 2,122.45.

Alibaba’s shares, which are listed in the U.S. increased by more than 36% since the beginning of this year. Chinese e-commerce has the chance to overtake Uber as the biggest fundraising in 2019. To accomplish this goal Alibaba must raise more than $8 billion which was the result of Uber.