Alphabet Stocks down on Worries over Spending

Investors sent Alphabet Inc.’s shares down about 3 percent after hours on Monday after the tech company reported a markedly higher fourth-quarter spending on video content, employees, and facilities.

Google’s parent company beat Wall Street’s estimates for revenue and profit. However,  the higher reported spending compelled investors to question whether the money poured on Alphabet’s newer businesses will give the firm  returns that its search engine arm historically has.

“While the core business is still growing impressively, the significant spending shows growth isn’t quite as capital-light as had been hoped,” said George Salmon, who is a stock analyst at financial firm Hargreaves Lansdown.

The company reported $31.07 billion as overall fourth quarter expenses and costs. That was 26 percent higher from last year. Capital expenditures increased 64 percent compared to last year, up to $7.08 billion.

Spending was further pushed up after Google bolstered staffing on its cloud computing division. The boost was intended to improve the promotion of its consumer devices and YouTube subscription packages. That was on top of the company’s purchase of new office buildings in Silicon Valley and New York City.

The Google-parent fourth-quarter revenue gained 22 percent from a year ago, reaching $39.28 billion. That was higher than the Wall Street average estimate of $38.93 billion, based on Refinitiv IBES data. Google’s ad system contributed about 83 percent of the revenue. 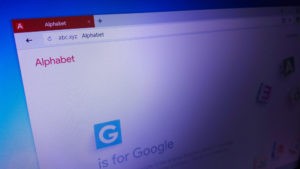 During the holidays, the number of people shopping on Google.com each day doubled thanks to heavy advertising during the run-up to the holiday shopping season, according to Google Chief Executive Sundar Pichai’s statement to analysts.

Meanwhile, the company’s operating margin was 21 percent, lower than 24 percent in the earlier year. This was partially because of the higher spending.

“For a growth company, investment should applauded, “said James Cordwell. But a lot of the additional expenditure is going into cloud where it is unclear whether there will ever be a return on that investment.”

Cordwell also added that Google still lags behind Amazon.com Inc. in the cloud.

Porat, on the other hand, said that the company has given a go-ahead to a plan to buy back an additional $12.5 billion worth of its shares.

In spite of the flak its customer information protection policies drew, Google still manages to hook people on its mostly free search, video, and productivity tools, which are used by billions of people.

Meanwhile, those investors who were concerned about Alphabet’s future growth, which may not match its previous rates, are keeping close tabs on the company’s other businesses, which may offer new revenue streams. However, Alphabet provided little information on its other businesses.

The company gave no clues whether and when its self-driving car company Waymo will generate remarkable revenue. Last October, Alphabet said that Waymo had begun generating revenue within a small section of Arizona but did not break out the company’s financials.