Recently, the world’s largest telecommunications company AT& asked the U.S. District Court Judge to dismiss a lawsuit. However, the company was unable to convince Consuelo Marshall. Moreover, Marshall made the decision to reject AT&T’s bid and the suit will continue despite the AT&T position. Let’s have a look at this crypto-related lawsuit and how this suit could affect similar cases in the future. Importantly, the lawsuit was filed by investor Seth Shapiro. According to Shapiro, the company failed to prevent the theft of $1.8 million in crypto.

Thanks to this decision, Shapiro’s claims of negligence, negligent supervision, and request for punitive damage were left intact. He filed a suit against AT&T last year more precisely in December 2019. According to Shapiro, he suffered losses due to the firm’s security problems.

Interestingly, Seth Shapiro is a famous media tech consultant. He used to work for Disney as well as Showtime. 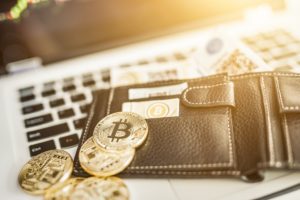 It is worth noting that, Shapiro suffered his first SIM-swap attack in May 2018. Importantly, Such attacks require the participation of employees from a telecom company. Moreover, telecom’s employee deliberately or unintentionally reassigns the victim’s account to a SIM controlled by a criminal.

As a result, this person or a group then is able to gain access to information or accounts that belong to the victim. As a result, they are able to steal his or her crypto as can be seen from the case of a famous media tech consultant.

Furthermore, the employee of AT&T noted the swap activity in the account. This is not the end of the story, as this employee reassured Shapiro, that his SIM card would not be swapped again without his permission.

However, the company failed to implement sufficient data security systems. Furthermore, AT&T failed to supervise its employees. Moreover, the company did nothing to stop its employees when they used their position to gain access to Shapiro’s account. The employees used their position to rob him as well as to extort and to threaten him in exchange for money.

Last but not least, Shapiro has until May 29 to file an amended complaint in response to the order. He has the chance the win this case in the court.