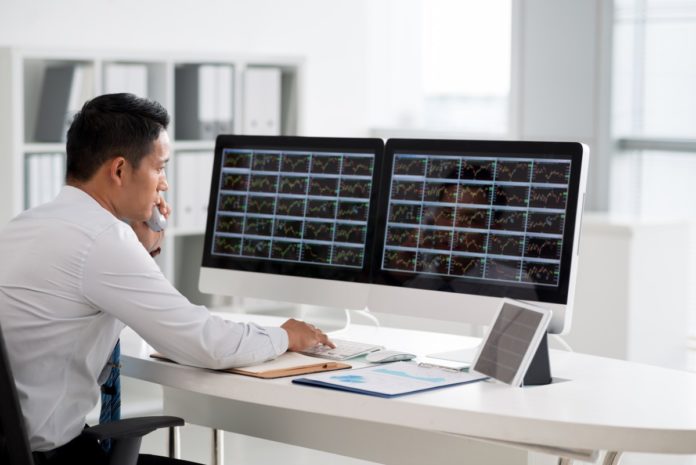 Asian currencies remain low so far, even though China hasn’t reported new cases of the virus. The Chinese yuan fell against the U.S. dollar by 0.1%. The Australian dollar traded against the U.S dollar at 0.6590, dropping by 0.2%. The New Zealand dollar changed insignificantly at 0.6318.

The coronavirus outbreak has already caused massive economic disruptions. This caused China to fall into a three-decade low of 6.1%. The eurozone and Japan are also on the brink of recession. The outbreaks are spreading quickly to the Middle East and Europe.

Investors fear that the U.S. economy won’t be immune for long. The 10-year U.S. Treasuries yield has already fallen to a record low near 1.30%, reducing the dollar’s relative yield attraction. Meanwhile, the euro traded at $1.08815. The currency hit almost a three-year low of $1.0778 on Thursday but managed to rebound after that.

CDC Warns of Potential Coronavirus Outbreak in the U.S.

So far, the U.S. dollar managed to stay high, but it may drop if the virus spreads in America. The dollar increased slightly against Asian currencies on Wednesday. However, the CDC issued the warning, saying that they expect a wider spread of the coronavirus in the states.

According to Nancy Messonnier, director of the National Center for Immunization and Respiratory Diseases, the agency expects a sustained transmission of the virus. She warned American citizens to get ready for a potential outbreak.

The Federal health authorities are unsure about how severe the health threat could be. Towns and cities should plan for “social distancing measures,” like closing schools or at least dividing school classes into smaller groups of students. Meetings and conferences may have to be also canceled – stated Messonnier.

After the CDC released such statements, the U.S. stocks tumbled down. However, the dollar recovered a little on Wednesday in Asia, trading at 110.38 by 0.2% higher against the Japanese yen.