On Tuesday, the shares of Chinese e-commerce giant Alibaba increased by nearly 7% in its Hong Kong debut.

Shares of Alibaba rose by nearly 7% to 187.60 Hong Kong dollars ($23.97) during the first day of trading. It is worth mentioning that the company raised around $11.3 billion in its secondary listing.

Daniel Zhang stated that Alibaba returned to Hong Kong and even went further when he said that the company is back to its “home.”

Alibaba’s stock code in Hong Kong is 9988. Nine and eight are essential for Chinese people as they are considered to be lucky numbers.

The company’s main listing venue will remain the New York Stock Exchange. The Hangzhou-based firm considered a Hong Kong initial public offering (IPO) in 2013. However, it had to change its decision as Alibaba failed to secure regulatory approval in the Asian territory.

This decision comes at a time when violent protests affected Hong Kong’s economy. Demonstrations started in June, but it is hard to say how long it will take to solve the political crisis. 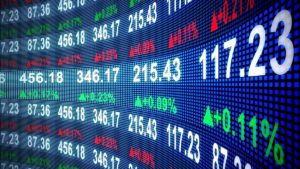 Another major Chinese stock index, which is the Shanghai Composite remains at the same level at around 2,907.06.

The trade war and the fate of “phase one” deal remains one of the most debated topics. Investors are trying to learn how the deal would affect the stocks.