On the first day of April, stocks in Asia fell, even though Chinese manufacturing activity expanded in March.

Interestingly, the Caixin/Markit Manufacturing Purchasing Managers’ Index (PMI) for March reached 50.1. As a result, this index surpassed the expectations. For example, in comparison with February, this result is better as in the last months of the winter, the index came in at 40.3. It was the sharpest contraction on record. It is worth mentioning that, PMI readings below 50 signify a contraction, while figures above level indicate an expansion.

Moreover, in the case of official manufacturing PMI, the result was even better as the index for March came in at 52.0. This result indicates that manufacturing expanded and despite all the problems connected with the local economy. 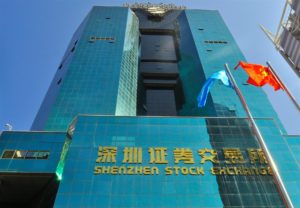 However, despite a private survey that surpassed the expectations, stocks in Asia were lower on Wednesday. For example, Japan’s Nikkei 225 not only fell on April 1, but its index led losses among the region’s major markets. The Nikkei 225 decreased 4.5% to close at 18,065.41. The shares of robot maker Fanuc dropped 6.58%.

At the same time, another Japanese stock index Topix also fell on Wednesday. Its index fell 3.7% to end its trading day at 1,351.08.

Based on the big manufacturer’s index released by the Bank of Japan, Tankan March 2020 came in at -8. It is the worst result since March 2013.