The Caixin Manufacturing PMI slipped to 49.7 from 50.2, marking the first contraction since May 2017. That compared to the consensus of a marginal dip from November to 50.1.

A reading below 50 indicates contraction.

The reading re-affirmed a trend seen in the official PMI that was reported on Monday, which showed a drop to 49.4 in December.

The Caixin/Markit poll focuses mostly on smaller businesses, filling niche that is not covered by the accepted official data.

“Even more eye-catching was that ‘new orders’ in both PMIs fell from expansion in November to contraction in December,” said analysts at ING. “This confirms our view that the economy is weak and that stimulus need to arrive quickly.”

The Shanghai Composite  and the Shenzhen Component  both fell 1.2 percent.

Evergrande Real Estate Group Ltd received some focus on Wednesday in Asia after a local news outlet reported that the company plans to raise the rents of its center in Wan Chai by 321 percent bolster the estimated value of the property.

The estimated value of the China Evergrande Centre stood at HK$22.5 billion ($2.87 billion), higher nearly 80 percent for the price the company paid to acquire the building from Chinese Estates Holdings in 2015, Ming Pao reported.

US-China trade dispute returned center  stage as US President Donald Trump said this week that the talks between the two involved countries are “progressing well.”

On the other hand, the People’s Day, China’s state-owned newspaper, said on Wednesday that Beijing “has not given in, is not giving in, and will never give in” in matters related to core national interests.

“Regardless of the development of Sino-US relations, China’s strategic choice to deepen reform and opening is unswerving, and we are committed to doing our own thing,” said the article. 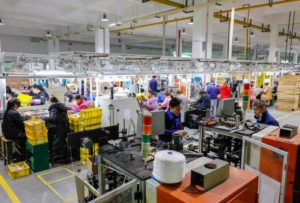 “I am willing to sit with the US president any time in the future and will strive to produce outcomes that would be welcomed by the international community,” said Kim. “However, if the United States does not deliver its promise and misjudge our people’s patience, making unilateral demands to continue sanctions and put pressure on us, we will have no choice but to seek a new path to protect the country’s independence, interests, and peace on the Korean Peninsula.”

Japan’s Nikkei 225 is closed for a holiday.

Elsewhere in the news, Trump suggested that he is willing to make a deal to end a government shutdown, according to reports on Wednesday.

“Border Security and the Wall ‘thing’ and Shutdown is not where Nancy Pelosi wanted to start her tenure as Speaker! Let’s make a deal?” the President said via Twitter.

Parts of the government have now been shut for 11 days, affecting 9 out of 15 federal departments, dozens of agencies, and hundreds of thousands of workers, according to reports.