Asian stocks  held to their nerve on Monday as data showed the Chinese economy slowed at the end of last year, emphasizing the urgent need for more stimulus as Beijing wrestles with the United States over trade.

Investors are also waiting to hear British Prime Minister Theresa May’s ‘Plan B’ for Brexit which is set to be presented to parliament later on Monday.

The world’s second biggest economy expanded 6.4 percent in the fourth quarter from a year earlier, as had been expected and matching levels that were last seen in early 2009 during the global financial crisis.

Yet there were some bright spots with industrial output rising a surprisingly strong 5.7 percent, while retail sales increased 8.2 percent in December from a year earlier.

“Policy makers appear to be weighing up the medium term risk of further debt growth against short term trends – hence the relatively modest stimulatory policy thus far,” said Gerard Bung, who is a senior economist at NAB. “They may be data dependent for a couple for a couple of quarters to make any large moves.”

Chinese blue chips gained 0.7 percent. Japan’s Nikkei climbed 0.3 percent, aided by a recent pullback in the yen. The Australian dollar, often used as a liquid proxy for China investments, nudged up to $0.7167.

E-mini futures for the S&P 500 eased 0.2 percent, though trade was light with the US on holiday. Spread-betters pointed to small opening gains for the major European bourses.

Chinese stocks had rallied on Friday on reports US Treasury Secretary Steven Mnuchin discussed lifting some or all of tariffs imposed on Chinese imports, an event he later denied.

US President Donald Trump said on Saturday that there has been progress toward a trade deal with China, but denied that he was considering lifting the tariffs.

“This are going very well with China and with trade,” he said at the White House. Chinese vice Premier Liu He will visit the United States on January 30 and 31 for the next round of talks with Washington.

Over in Britain, May will return to parliament on Monday to set out how she plans to try to break the Brexit deadlock after her deal was rejected by lawmakers last week.

May told minister on Sunday she was looking for other alternatives to make the so-called Northern Irish backstop more acceptable to her Conservative Party and Northern Irish allies. 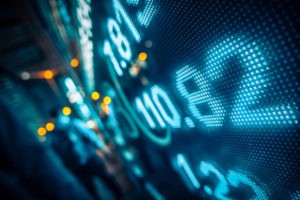 “We expect only incremental changes from “Plan A” given cross-party talks have fallen flat,” said analysts at TD Securities. “Amendments are likely to be introduced all week, with MPs pushing to cancel ‘No Deal,’ introduce a second referendum, and perhaps push for a permanent customs union,” they added. “May will likely travel to Brussels to seek concessions from the EU.”