Aviation and its challenges

Home » Aviation and its challenges

On Monday, Dubai state-owned airline Emirates announced a new deal with the European planemaker Airbus. Emirates made this announcement at the Dubai Air Show, which opened on November 17. This air show is one of the largest gatherings in the aviation industry. Dubai airshow will end on Tuesday.

According to this agreement, Emirates will order 50 Airbus A350 jets. The list price of the order is $16 billion. However, it is no secret that usually aircraft producers offer significant discounts to attract new customers or to retain the old ones. Initially, Emirates planned to purchase 40 A350s and 30 A330-900neo.

However, Middle Eastern airline decided to modify its plan. Emirates decided to increase the number of A350s from 40 to 50. Also, the airline made the decision to abandon its plan regarding the A330-900neo.

Let’s have a look at the Airbus A350, which is one newest long-range airplane that is used by airlines around the world. The A350 is a long-range, twin-engine wide-body jet airline. The state-owned airline picked the A350-900 version which has the capacity to accommodate between 300 and 350 passengers.

The chairman and Chief Executive of Emirates Sheikh Ahmed bin Saeed Al Maktoum explained the importance of this deal. He said that the company plans to strengthen its business model to provide more efficient and comfortable services to its customers.

However, he declined to name the reason why Emirates changed its plans and ordered only A350. 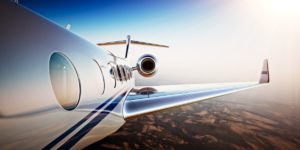 This order comes at a time when the largest aircraft ever produced by the Airbus A380 is experiencing problems due to a lack of orders. It is important to mention that Emirates is the largest operator of A380 in the world.

The last A380 will be handed over to the airlines in 2021. It means that the production of iconic aircraft will come to an end in two years.

As mentioned above, the Dubai Air Show attracts aviation executives, analysts, and aviation enthusiasts from around the world. However, problems connected with Boeing 737 Max underlines the precarious situation.

Boeing’s bestselling airplane remains grounded since March. Current, as well as prospective customers, are trying to learn when they will be able to use their planes. However, the exact date when the plane will return to service remains unknown.

It is worth mentioning that Boeing and Airbus are the largest airplane producers in the world. During the first day of the air show, Boeing sold two 787-9 Dreamliner’s to Biman Bangladesh Airlines. The list price of this deal is $585 million.

The chairperson of Emirates downgraded the concerns regarding the air show. He said that there is a chance that more orders will be signed as part of the show.

He emphasized the importance of the UAE’s aviation sector. Al Maktoum praised the aviation industry. He said that aviation helped to develop the financial sector, as well as the economy, cargo, and other sectors.

PrevPreviousVenezuelan President Thanks the Greenback | Wibest
NextDaily Market Charts and Analysis November 19, 2019Next