Coronavirus outbreak continues to dominate the headlines. Local, as well as international companies, are trying to modify their plans in accordance with the new reality. Moreover, a range of banks, as well as financial institutions, released their worst-case scenarios for 2020.

It is worth mentioning that the global uptick in the gross domestic product (GDP) could be as low as 1% in 2020, according to the Institute for International Finance (IIF). Interestingly, IIF released this information last week. Furthermore, that prediction was even before an oil price crash on Monday sent stocks into another tailspin.

On Tuesday, a Dutch multinational and financial services company Rabobank said that a global recession is inevitable. According to Rabobank, global growth will decline to 1.6% by the end of 2020.

Based on the information provided by the International Monetary Fund, the world economy grew by 2.9% in 2019. However, due to the outbreak, several banks and financial institutions predict that it won’t be possible to repeat this result.

People should take into consideration that the virus continues to spread around the world. The number of confirmed cases worldwide surpassed 119,000. Coronavirus outbreak started in China several months ago. The virus outbreak continues to affect all major economies with flight cancellations, etc. 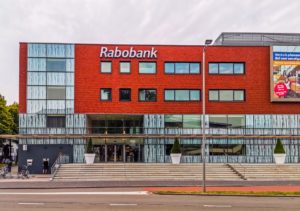 Last week the IIF, an association of financial institutions, published its report. Based on this report, a number of factors will determine the economic impact of the outbreak. For example, it depends on how long the virus will continue to spread around the world. The range of potential outcomes is large, and it is hard to predict what will be the outcome.

Other international organizations such as the Organization for Economic Cooperation and Development (OECD) estimated that global GDP would be 2.4% in 2020. The organization reduced the forecast by 0.5% percentage points.

Moreover, ratings agency Moody’ downgraded its forecast from 2.4% to 2.1%. Based on the information provided by the ratings agency, the shock will influence domestic demand around the globe, which will affect a wide range of non-traded activities. This will happen at the same time, across countries and regions.

The number of people who are working from continues to increase as the virus spread to new countries. Moreover, some people in Europe changed their lifestyles; as a result, they are trying to public transport and public spaces.

Two weeks ago, the world-famous investment bank also released its forecast. According to the Bank of America, global growth would in 2020 fall to the lowest level since 2009.

PrevPreviousAndroid Company Upgrades Amid the Coronavirus
NextDaily Market Charts and Analysis March 11, 2020Next