Penny stock brokers usually have similar characteristics to brokerages that are friendly towards traders on a budget. Naturally, that’s because of the tendency of penny stock traders to gravitate towards cheaper brokers. However, the two categories are still distinct enough to warrant separation between them. That doesn’t mean we’ll discount brokers with high deposit requirements entirely, but they’ll definitely score lower.

However, the budget is far from the only thing we’ll take into account. We’re aware of the process of penny stock trading and how it usually involves buying massive amounts of shares. As such, spreads are vastly preferable over flat fees, as the latter quickly amass significant charges. In turn, that makes it much more difficult to profit, if it’s possible at all.
Another significant factor is stock availability. If a broker has fantastic penny stock conditions but no penny stocks, it’s not a very good choice for traders.

Without further ado, we’ve prepared our list of the best brokers for penny stocks:

The Financial Investment Group is a well-established online brokerage operating from the United Kingdom. It’s been around for multiple decades and recently modernized itself to fit the modern market. In its rebirth, it decided to go with a crypto theme, fitting the needs of modern traders. However, that doesn’t mean it neglected its other faucets. While it’s not the focal point of the broker’s service, its penny stock experience is still fantastic.

That’s because of multiple reasons, starting with the fact that the stock selection itself is robust. So you won’t just need to settle with any penny stock and can instead sift through and make the best choice. Furthermore, the initial deposit is low, which is a definite plus, and the max leverage is high. That pairs well together, as you can pull off high-leverage tactics that are common for penny stock traders. 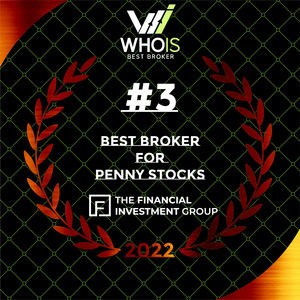 Read on the full The Financial Investment Group broker review

SwissMarketsFX shares a lot of similarities with our previous entry, which isn’t surprising since they’re in the same category. SwissMarketsFX comes from Saint Vincent and the Grenadines and is much younger than its colleague. However, it manages to edge ahead due to a multitude of reasons, starting with its focus on CFD trading.

While The Financial Investment Group does offer robust conditions, it’s still apparent that shares aren’t their primary focus. With SwissMarketsFX, it’s different, as the brokerage actually primarily supports penny stock trading. You can see it in various aspects of its service, with more share variety, easier access, and smaller minimal trade size. It also includes some additional features that boost its score, such as one-on-one trading.

Another advantage for SwissMarketsFX is its platform. It uses modern software that loses no functions as you switch between devices. The capabilities themselves are formidable, with built-in tools to analyze markets and conduct trades. 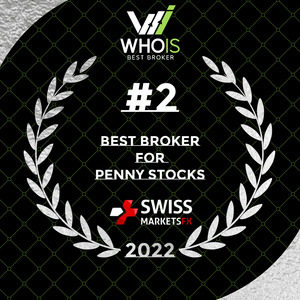 Uptos is our category leader as it pulls ahead of our previous two entries. Again, they all share a fair bit of similarity, and neither is a poor choice, but Uptos is marginally ahead of everyone else.

First, Uptos is better as a standalone service, being much more accessible and easy-to-understand than the previous two. That lends to its credibility and comfortability, as users can get in much simpler. But even beyond that, the functionality it offers beats the other two.

Again, the share variety is more significant, and the leverage is at 1:400, allowing users to conduct margin trading. It has the most advanced platform out of all three, allowing for a higher rate of success.

One of the most significant factors that push Uptos ahead is its promise of preventing slippage. In penny stock trading, a share going up a fraction of a cent can significantly change your position. As such, the fact that Uptos’ trading experience is entirely stable allows traders to calculate their positions and execute their strategies precisely. 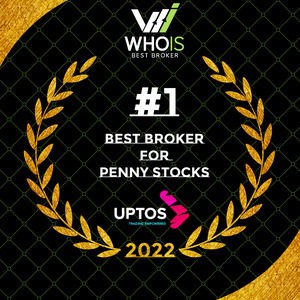 PrevPreviousBest Broker for Scalping Awards
NextThe Dollar on A Rise, the Yen on A FallNext