It is a well-known fact that Bitcoin is the biggest cryptocurrency in terms of market capitalization. On December 24, Bitcoin was unable to strengthen its position as the price declined below the $7,700 resistance area.

Unfortunately, Bitcoin’s price continued to fall, and it was formed near $7,159. It seems like there is a short-term contracting triangle forming with resistance near the $7,240.

Furthermore, if Bitcoin is able to break the resistance levels above $7,240 and $7,300, this may signal the beginning of a decent upward move. Interestingly, the next key resistance level is near $7,400. 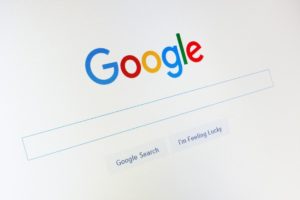 It is important to note that 2019 was an interesting year for cryptocurrencies. Some people would say it wasn’t as bad as the crypto winter in 2018. Other people would recall that it was not as great as bull run in 2017.

However, based on the information searches for words such as Bitcoin and cryptocurrencies declined in comparison with summer.

For example, during the famous bull market of 2017, people searched for Bitcoin and cryptocurrencies. Moreover, as the interest increased at that time, the Google Trends scale reached 100. However, it was not unable to replicate this success since 2017. Currently, interest is not as high as it used to be in the past.

It not only Google which experienced this trend as cryptocurrency searches also fell on Yahoo Search. In comparison with 2018, this year’s searches decreased by 65%.

Institutional investors are also losing interest in the technology according to the Tie’s findings. The Tie is a research and data provider.

However, the interest for the “Bitcoin halving” continues to rise as in less than one year, this event will have a huge impact on this cryptocurrency.