This deal will also influence the crypto industry in India. It is important to mention that in 2019, Reliance Jio Infocomm installed one of the world’s largest blockchain networks. Furthermore, it conducted India’s first-ever blockchain-enabled letter of the credit transaction.

It is not a secret that Facebook is one of the most well-known social media networks around the globe. The tech giant earns billions of dollars every year. In 2019, Facebook unveiled a digital currency project called Libra. 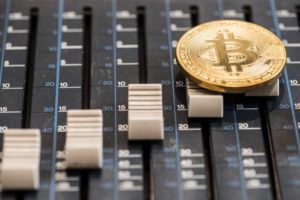 Facebook invested more than $5 in India’s largest mobile operator. Tech giant invested $5.7 billion in Jio Platforms. The tech giant made the largest direct investment in India’s tech sector, in the history of the country.

Importantly, the services of Jio Platforms, include the mobile network Reliance Jio. At the moment Reliance Jio has 388 million users.

Thanks to the deal, Facebook became the largest minority shareholder. This deal will help Jio to become debt-free within a year.

Importantly, the fresh investment includes a commercial partnership with WhatsApp. As a reminder, WhatsApp belongs to Facebook.

Also, WhatsApp is one of the three platforms proposed by Facebook for the rollout of its planned stablecoin Libra.

India has one of the largest not only in the region but around the globe. Thus, the local crypto industry has a bright future. In 2019, crypto exchange Binance acquired WazirX. Importantly, both exchanges jointly launched a $50 million fund to support the blockchain development in India.