Thanksgiving Day is one of the important public holidays in U.S. Family members and relatives from all over the country are trying to celebrate this day together. Traffic jams in the big cities as well as on the highways became part of this day. It makes sense as most people want to spend time at home. Thanksgiving and traditions connected with this holiday became part of American culture a long time ago. However, this day is directly connected with Bitcoin.

Bitcoin is the oldest and the biggest cryptocurrency in the market. Also, it is one of the most popular digital currencies in the world. Two years ago, a lot of people learned about this cryptocurrency at the dinner tables while celebrating this holiday.

It is worth mentioning that it was right around Thanksgiving Day in 2017 when the price of Bitcoin surpassed $10,000. It was the first time in the history of Bitcoin that the price reached that level. Moreover, several weeks after this historic day, Bitcoin’s price was close to reaching another milestone, which was to surpass $20,000. Unfortunately, it was unable to reach $20,000. 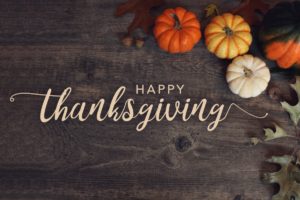 Let’s have a look at how Bitcoin’s price was changing during this holiday. From the first Thanksgiving Day to 2011, its price increased by 757% to $2.40.

Next year in 2014, the biggest cryptocurrency experienced problems as the price fell to $369. In 2015, Bitcoin was also unable to strengthen its position.

However, the price more than doubled from Thanksgiving in 2015 to the same day in 2016.

As mentioned above, Thanksgiving Day in 2017 triggered an interest in cryptocurrencies. In 2018, the price of this digital currency declined by 46% to $4,422 in comparison with the same period in 2017.