South Korean crypto exchange Bithumb has won a lawsuit in which an investor had sued the company for his loss of nearly $355,000 in an alleged hack. Local financial newspaper The Korea Economic Daily reported on the results.

According to the report, the investor, who is a 30-year-old civil servant Ahn Park, alleged that he had been the victim of a hack of his Bithumb account on November 30, 2017, which ended in a loss of 400 million Korean won, or around $355,000.

Within hours of making his won deposit, Mr. Park alleged an unidentified hacker had compromised his account and exchanged the fiat for Ethereum. During that same day, in four separate transactions, the cryptocurrency was then alleged to have been transferred out of his wallet, reportedly leaving the investor with ETH worth just 121 won, or around 11 cents.

At the core of Park’s case was reportedly the claim that Bithumb had failed to offer security safeguards that are adequate to its responsibilities as a purported “financial services” company.  The claimant alleged that cybercriminals could have acquired his personal information in an October 2017 security breach, wherein hackers gained access to sensitive personal and financial data of over 30,000 Bithumb users.

Yonhap News Agency reports that more than 10 SMS messages were sent to the claimant to inform him of the withdrawal movements, but he wasn’t able to receive them. As such, “it was difficult to rule out the possibility of being hacked.”

Park also argues that the company’s activities as a crypto exchange are similar in kind to services offered in the financial sector, and should, therefore, fall under the security requirements that apply to electronic commerce transaction broker. The judge, on the other hand, ruled against such an argument. 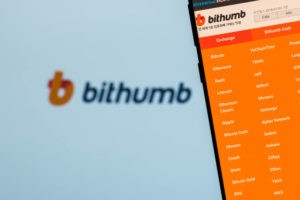 “In general, virtual currencies cannot be used to buy goods and it is difficult to guarantee their exchange for cash because their value is very volatile. Cryptocurrencies are mainly used for speculative means, and it is not reasonable to apply Korea’s Electronic Financial Transactions Act to a defendant who brokers virtual currency transactions without the permission of South Korea regulator the Financial Services Commission,” said the judge.

As previously reported, Bithumb suffered a high-profile hack last June, in which nearly $30 million worth of eleven various cryptocurrencies were estimated to have been stolen. The firm quickly stemmed the damage with the assistance of industry counterparts, diminishing the figure to $17 million.