The Boeing Company is famous around the world. This multinational corporation manufactures and sells a variety of products such as airplanes, satellites, etc. Moreover, for several decades Boeing continues to dominate the aviation industry.

However, due to the numerous problems connected with 737 Max had a huge impact on the company. Once the best-selling model remains on the ground since March 2019. The planemaker ousted the previous CEO for unsatisfactory results.

It makes sense as the costs associated with Boeing 737 Max increased throughout 2019. At the time being, costs surpassed $18 billion based on the data provided by Boeing.

Also, that amount includes an additional $2.6 billion pretax charge to compensate airlines and other 737 Max customers.

In the second quarter of 2019, Boeing took a $5.6 billion pretax charge to compensate its customers.

Moreover, the aviation giant reported the worst annual sales in decades. As a result, its main competitor Airbus became the world’s largest manufacturer. 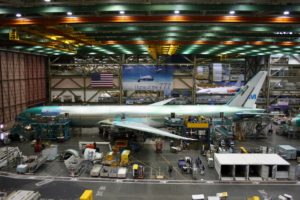 In January, the company appointed the new CEO, Dave Calhoun. He assumed the president and CEO role on January 13, 2020.

The company’s new CEO appointed in January must reassure the regulators as well customers that Boeing is ready to meet the expectations. He has a lot of work to do, and there is no shortage of problems.

For example, on Monday, Boeing reported the first annual loss in more than two decades.

However, Boeing was unable to replicate the success in 2019. Two deadly accidents eroded the trust in a once-thriving corporation. The date when the plane will return to service remains unknown.