As the risks to the global economy increases, the Bank of Japan (BOJ) is expected to tag along in a string of warnings from other policymakers of the threat to growth from protectionism and signal its resolve to keep the money plug open.

During this week’s policy review, the BOJ is seen to maintain its ultra-easy monetary settings even as years of heavy bond buying dries up market liquidity and damages bank profits, leaving it lagging behind its US and European counterparts in dialing back crisis-mode stimulus.

Adding to the pressure of narrowing margins for financial institutions, the 10-year yield reached a five-month low of 0.025 percent on Monday as investors rushed to the safety of Japanese government bonds.

Some analysts say 10-year yields may become lower than zero, a move that would undermine the BOJ’s efforts to steepen the yield curve and give financial institutions some breathing space.

The central bank will tolerate negative long term rates, as long as the 10-year yield moves within the range of around negative 0.3 to positive 0.2 percent that was set in July, according to sources familiar with the matter.

“The BOJ decided to allow yields to move more flexibly, which applies to both rises and falls,” according to one of the sources.

At the two-day rate review ending on Thursday, the BOJ is widely expected to keep its short-term rate target at negative 0.1 percent and the 10-year yield target around zero percent.

While the nine-member board is set to maintain its view that the economy of Japan will continue expanding moderately, it may warn of heightening global risks including the ones from the US-China trade war, slowing demand in China, as well as volatile financial markets.

“With interest rates falling across the globe, it would make sense for the BOJ to tolerate declines in long term rates,” said Mari Iwashita, who is the chief market economist at Daiwa Securities. “The focus would be on whether the BOJ will acknowledge some weakness in global growth.”

Fears over the likely fallout from the US-China trade war compelled the International Monetary Fund to slash its global economic growth forecasts in October. Worsening external headwinds also pushed the markets to scale back expectations for steady US interest rate hikes.

Japan’s economy sank during the third quarter but analysts expect growth to have rebounded by near-end, as solid economic consumption softens the blow from trade frictions and slowing global demand.

Companies appear to be unfazed by the trade tensions for now, with the Bank of Japan’s quarterly “tankan” survey for December showing large firms are sticking with their upbeat capital expenditure plans.

However, some in the central bank worry the trade woes may discourage firms from ramping up spending in the next fiscal year beginning in April 2019, according to the sources.

Some analysts caution that consumer prices may fall next year because of recent oil price declines as well as planned cuts in mobile phone charges and education fees. 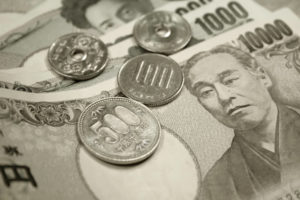 The BOJ will look into the impact of such one-off factors and will not increase stimulus unless price falls are accompanied by an economic downturn, according to the sources.

However, falling prices could damage inflation expectations and cast doubts on the central bank’s argument that it can achieve its target just by retaining the current stimulus.

“If weakness in prices persists, it could hurt the economy’s momentum toward hitting the BOJ’s target and spur debate on whether further steps may be needed,” another source said.

Subdued inflation has compelled the BOJ to retain massive stimulus despite the increasing costs of prolonged easing, such as the hit to financial institutions’ profits from near-zero rates.

The central bank modified its policy framework in July to make it more sustainable, such as allowing bond yields to move more flexibly around its zero percent target.