Oil and petroleum products became part of everyday life, a long time ago. Despite emerging technologies such as wind and solar energies, the oil industry remains a crucial part of the global economy. Regulations, as well as the falling demand, is going to affect this industry in the long run. However, it won’t happen overnight, and the nearest future oil industry will continue to generate a huge sum of money.

The biggest oil producer is the U.S., followed by Saudi Arabia. It is important to mention that Saudi Arabia is the de facto leader of the Organization of the Petroleum Exporting nations.

However, one South American country can join the list of the biggest oil producers in the world. This country is not Venezuela, which has the largest proven oil reserves.

Rystad Energy released its latest data regarding the oil industry. Rystad is an independent oil and gas consulting firm. According to Rystad, Petrobras which is a state-owned company can become the largest oil producer in the world. It means that the Brazilian oil giant can overtake Russia’s Rosneft and China’s Petro China to become the largest producer among the publicly listed companies. 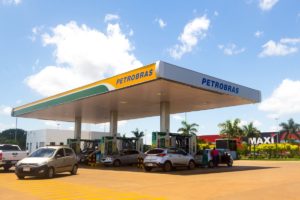 Petrobras is emerging as a global oil giant. In less than one year, Petrobras moved from fifth place to become the third-largest oil producer. Moreover, in the third quarter of 2019, daily production reached around 2.2. Million barrels per day.

Based on the forecasts, Petrobras has the chance to overtake the PetroChina to become the second-largest oil producer among publicly listed companies. Moreover, Rystad even went further in its forecasts and stated that Petrobras would dethrone the current market leader.

At the moment, the biggest oil-producing company is Russian Rosneft, which is a state-owned company. Based on the forecast, this may happen over the next decade.

In November 2019, after Brazil’s biggest oil auctions Petrobras managed to take under its control the huge oil reserves in the Buzios field. It is an interesting fact that oil reserves will help the Petrobras to increase daily oil production.

However, one factor which can undermine this chance is Brazil’s decision to join OPEC. Recently, Brazilian officials indicated the country would like to become a member of this organization. Right now, there are 14 member states. If Brazil is going to join OPEC it will become the third-largest producer after Saudi Arabia and Iraq.

By joining this organization, Brazil will be forced to accept the rules of OPEC. It means that it will become harder to become the largest oil producer among the publicly listed companies. This decision will affect Brazil’s economy.