The British pound hovered near 20-month lows against the dollar on Tuesday after British Prime Minister Theresa May postponed an important vote on Brexit deal, increasing the risk of a chaotic exit from the European Union.

May canceled a parliamentary vote, which was due to be held on Tuesday, on her Brexit deal to seek more concessions. The move spurred more uncertainty as Britain now faces Brexit without a deal, a last-minute agreement, or another EU referendum.

The pound’s slumped was a boon for the dollar, which rallied back from a two and a half-week low against a basket of currencies firstly driven by a growing view that the Federal Reserve could pause its rate hike cycle sooner than previously thought.

The dollar index, which tracks the greenback’s strength against a basket of six other major peers, was a shade lower at 97.092 after rallying 0.75 percent on Monday. At one stage in overnight trade, it had slipped 96.364, its rock bottom since November 22.

“Falling US yields will eventually nudge the dollar into a downtrend, but probably not at this moment,” said Junichi Ishikawa, senior FX strategist at IG Securities in Tokyo. “There just isn’t enough demand for the yen, which is less of a safe haven, and the euro, with the political concerns in Europe. And there is of course the pound that is burdened with Brexit problems.”

The 10-year Treasury note yield has dropped to a three-month low this week, with dovish comments from Fed officials and soft US data further sharpening views on an imminent pause in the tightening cycle.

The common currency did gain against the struggling pound, even though concerns over violent protests in France against President Emmanuel Macron’s economic reform limited its gains.

“It is difficult to draw a very bearish scenario for the dollar as talk of the US economy slipping into recession and the Fed switching to monetary easing from tightening seems too far-fetched at this point,” said Koji Fukaya, who is the president at FPG Securities in Tokyo. “Whenever there is a global risk-off event, the dollar will find demand – as long as the risk aversion does not originate in the United States.”

In Asia, Japanese Finance Minister Taro Aso said that any discussion with the United States over foreign exchange would happen between the ministry and US Treasury Department, suggesting that Japan wants to keep currency and trade discussions separate. 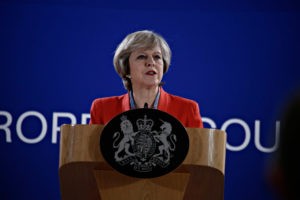 The Indian rupee was jolted as the Reserve Bank of India Governor, Urjit Patel, resigned suddenly on Monday after a months-long struggle over policy with the government that has raised worries about the bank’s independence.