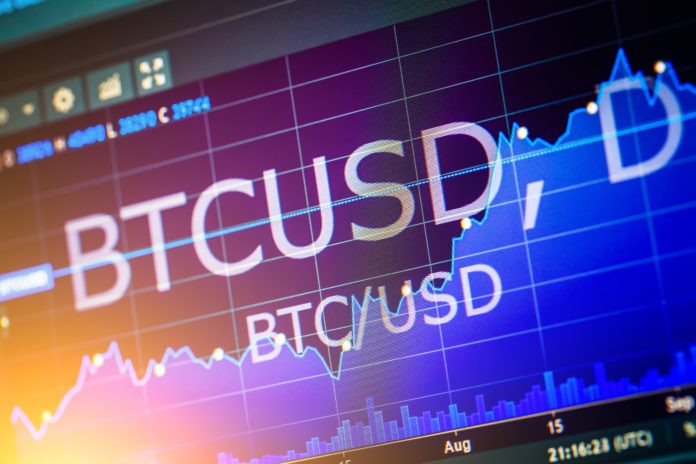 Wall Street first predicted BTC/USD to fall below $8,000 two weeks ago, after which it surged beyond $10,000 the Monday after. Despite the slow day in the crypto market yesterday, analysts believe it will be near this price by Friday.

On Monday, Chicago’s Mercantile Exchange saw a 77% chance that Bitcoin could reach beyond $9,200 by the end of the week. It dropped to $8,625 on Sunday with an identical candle to the previous trading session.

Some traders called these candles the rare “tweezers top,” which is known to show an upcoming downside near-term.

Contrarily, BTC/USD saw a somewhat similar case two weeks ago. It fell from $10,000 to $8,000 due to selling pressure brought by its halving, but then recovered days later.

At the time, Wall Street also expected it to fall away from its bullish market until it rose back to $9,200.

But there’s no way to guarantee that the crypto could reach the same increase as two weeks ago. Sunday’s low caused a liquidation worth $20 million of longs in CME.

Why Bitcoin Could Trade Bullish

Although technical signs showed a possible continuing bullish market for Bitcoin, five out of seven markets doubt it. However, the market still believes it could reach beyond $9,200 by Friday evening.

That said, BTC/USD already met the $10,000 mark multiple times over the past year. It could see the same increase in the coming days, especially as more institutes gain more interest in the coin.

The number of futures contracts saw a rocketing increase, year-to-date, as well.

Institutional enthusiasm was mostly brought about by the recent announcement from the Federal Reserve. According to a televised speech, US employment plummeted so far that could wipe out a decade’s worth of job increases.