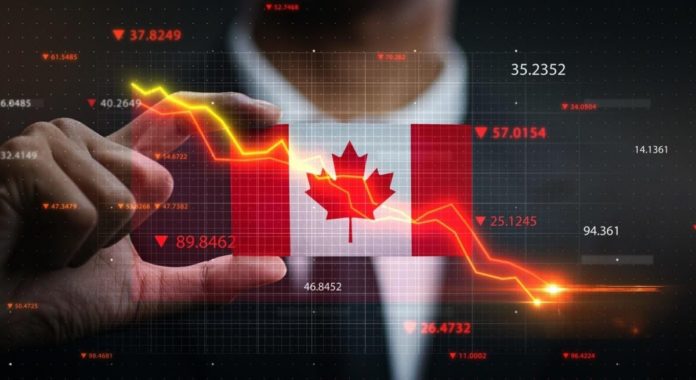 According to the official data, the Canadian economy most likely underperformed in the year’s third quarter. Notably, it prompts analysts to forecast that the Bank of Canada might raise interest rates more slowly than anticipated.

Statistics Canada announced that the economy of Canada expanded by 0.4% in August and seemed set to record no growth in September when supply chain issues affected auto exports.

Remarkably, third-quarter annualized GDP surged by just 1.9%, it stated in a flash estimate, much less than the 5.5% estimate by the Bank of Canada on October 27. Meanwhile, the central bank also signaled that a rate hike could come as early as April 2022.

As we know, the bank and Statistics Canada use somewhat different ways of measuring GDP. However, analysts announced the third-quarter projections made an early hike less expected.

Canada’s GDP Was About 1% Below Pre-Pandemic Levels in September.

Avery Shenfeld, a chief economist at CIBC Capital Markets, announced that he risks tilt toward a second consecutive quarter in which the central bank’s outlook was on the high side. According to Shenfeld, that it’s evidence of a less aggressive tightening cycle next year.

He added that it reduces the chance of the Bank hiking interest rates as early as the second quarter of next year.

Statistics Canada data also showed that as of September, Canada’s GDP was about 1% below pre-pandemic levels.