China, a fast-growing wine market, plans to turn its primary wine-producing region of Ningxia into a center of top-quality wine production. It also plans to compete with international brands and boost the local economy. The latest news revealed that the Asian giant aims to turn Ningxia into one that rivals France’s Bordeaux.

A plan, which the central government approved in late May, unveils that by 2035, Ningxia’s Helan Mountains area aims to produce 600 million bottles worth 20 billion yuan ($3.12 billion). Remarkably, the region along the Yellow River is about a two hours’ flight west from Beijing.

Sui Pengfei, director of international cooperation at China’s agriculture ministry, announced that if this goal can be achieved, the place will become an internationally important production area.

According to the local customs agency last year, during the COVID-19 pandemic, Ningxia’s wine exports increased by 46.4% to 2.65 million yuan (around $414,100). Remarkably, primary destinations included the U.S., the European Union, Australia, and Japan.

His firm started exporting to Switzerland, Japan, Hong Kong, and France in small amounts in 2021. He said that there are plans to enter the U.S. market as well.

Yanzhi announced he plans to focus on the Chinese market, with exports accounting for just 10% to 20% of production in the long term.

According to an annual report published in April by the International Organisation of Vine and Wine, the country ranks sixth in global wine consumption and tenth in production by liters.

The report also showed that China’s wine consumption and production have decreased over the last few years. This is potentially due to difficult climate conditions and low productivity. Experts say that these issues are making the Chinese wine industry less competitive compared to imported wines.

The central government’s push in 2021 to further develop vineyards in Ningxia comes as China’s relations with Australia deteriorate.

Australia was China’s largest source of foreign-made wine in 2020, slightly above France. However, Chinese tariffs imposed in March have essentially blocked further wine imports from Australia.

Tony Battaglene is chief executive of Australian Grape and Wine. He reported that as it will probably take three or four years to recover losses. He announced Australian businesses still hope to re-enter the Chinese market when the tariffs expire in five years. 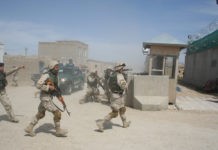