Commodity prices hit in China on Monday when the country reopened its exchanges after an extended Lunar New Year Holiday. Investors returned to markets restrained by fear over the impact the Coronavirus will have on-demand in the country.

Chen Tong, an analyst with Tianjin-based First Futures, said that investors are leaving the market and seeking risk-aversion assets. Public health emergency in the country stagnated in 30 Chinese provinces and regions, so the market is bearish across the world.

Iron dropped the lowest since early December to 606.50 yuan a ton In Dalian. Jiangxi Copper Co tumbled by its daily limit of 10% in Shanghai. The steel reinforcement bar opened at its downside limit. Since their debut in March 2018, Oil futures saw the biggest collapse. Regions accounted for 40% of coal output. 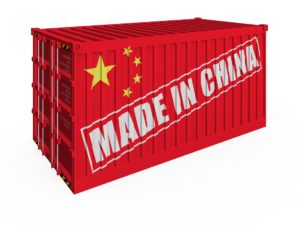 While Chinese markets shut down, fears hammered global prices. Brent crude went down about 8% since the start of the new year holidays.

Traders prepare for any signs of how the Coronavirus will impact demand and the flow of commodities. Chinese oil demand declined by about 3 million barrels a day, which is 20% of total consumption, according to the country’s energy industry.

Since the global financial crisis of 2008 to 2009, the oil market hasn’t had such a massive demand shock. China is the world’s biggest importer of oil, and any change in consumption has a considerable impact on the global market. Sharp loss forecasts occurred in the world during the time China’s markets shuttered.

Authorities have agreed to provide abundant liquidity into the markets via reverse repo operations and proposed investors to evaluate the impact of the virus objectively. It is also essential how quickly the authorities allow normal activities to resume, like reopening public schools, offices, and factories.

The Coronavirus has caused at least 361 deaths in China. At least, 17,205 people across the country contracted the virus. Dozens of cases of the disease have been confirmed in several countries across the world. Some countries such as Australia, Vietnam, Thailand, Cambodia, Japan, India, Russia, US, Canada, Germany, France, Spain, UK, Finland, Italy, Malaysia, Nepal, Philippines, South Korea, Singapore, Sri Lanka, Sweden, Taiwan, UAE.

Medical knowledge of the Coronavirus is slowly accumulating, though it causes fewer fatalities as the 2003 outbreak of SARS.

Commodity prices will remain under pressure until financial markets are assured that the spread of the deadly virus is under control.