After being crushed by the coronavirus, China’s gigantic commodities industry is making a gradual but uneven return to normality.

Oil and coal use slowly trend higher since factories resume operation, and people return to work. Metal’s stockpiles are still growing. Soybean processing has decreased due to a drop-off in imports. 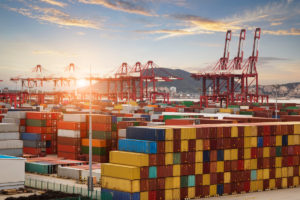 Investors are hoping that China’s recovery will help mitigate the carnage in global markets, but the country is still far from operating at full throttle.

The problem is that the recovery is on the shoulders of the country’s privately-owned autonomous processors, who are under more financial pressure to return to operations than state refiners.

The number of vehicles on China’s highways are topping 30 million a day, which is an average level, even higher than the same time the previous year. It is a sign that people started using their cars in favor of public transport because of social distancing.

Even though coal use was up 4.1% in the last week, still the burn rate has dropped by about 24% from the same post-holiday period as last year.

According to Rebecca Chia, an analyst at data intelligence firm Kpler, liquified natural gas imports are poised to stabilize.

For at least ten days, ten of 22 Chinese LNG terminals haven’t delivered cargo. The longest one is the Shenzhen Diefu plant. It hasn’t accepted delivery since February 6.

The signals from China are not promising about copper.

Stockpiles observed by the Shanghai Futures Exchange have soared close to a record, and they’re also rising elsewhere in Asia. In London, indexes have increased by more than 50% since the start of this year.

As the traders say, copper demand is slowly picking up in China. However, stockpiles may still increase further as they catch up with the collapse in manufacturing when swathes of the nation shut down to contain the coronavirus.

Liu and his fellow tradesmen say they’re banking on economic stimulus from Beijing to reanimate the market in earnest.