China has the second-largest economy in the world. This fact underlines its importance to the global economy. The country, which is home more than 1.3 billion people enjoyed uninterrupted economic growth for decades. The standards of living improved across the country.

The local economy continues to grow in 2019. However, the economy is slowing down, and the economic growth rate fell to the lowest level in more than 27 years. For a lot of countries even China’s economic growth is very hard to achieve, but not for China. This country is emerging a global superpower, and it needs a strong economy to support its ambitions.

Current President of China Xi Jinping wants to underline the power of his country not only in China but around the world. In this situation, continuous economic growth is an absolute necessity.

However, the trade war between the U.S. and China, which started in 2018 is a serious challenge for the global economy. Along with global economic problems, these two reasons may affect the development of China’s economy.

Let’s not forget that trade dispute between the two largest economies is not over yet. Hopefully, both sides agreed to sign a phase one deal. However, it will take time to end the trade war.

Moreover, it won’t be enough to solve all of the problems. China has to change its attitude towards foreign investors as well as intellectual property. The country has to become more attractive to foreign companies. There are many areas that need improvement, but starting with relaxing the laws regarding foreign ownership is an excellent idea. 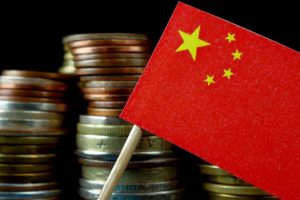 This month Chinese authorities made an important decision. On October 11, the China Securities Regulatory Commission released a time frame for removing limits regarding foreign investors.

It is important to mention that starting from January 2020, Foreign Investment Law will significantly affect the local economy. As a result of these changes, foreign companies will have the opportunity to become full owners of the companies.

This law will attract foreign investors as it will reduce the risks connected with the local economy.

The foreign investment law was adopted in March of 2019, and in less than three months this law will offer new opportunities.

One of the most debated topics connected with China is intellectual property and its protection. For several decades, this issue caused serious misunderstanding as companies wanted to protect their property rights. It is worth mentioning that even before the trade with U.S. companies complained about the problems connected with intellectual property.

The foreign investment law helps to protect the property as it will provide better protection for intellectual property. Also, it will prevent forced technology transfer and would level the field for foreign companies.