The People’s Republic of China is an economic superpower. The country has the second-largest economy in the world. However, the coronavirus pandemic had a dramatic impact on the local economy. Authorities across the country imposed strict measures to minimize the damage caused by this virus.

The first quarter of 2020 was tough for China’s economy. On Tuesday, the country’s General Administrations of Customs released data that underlines the extent of problems. Interestingly, dollar-denominated exports and imports both declined in March compared with the same period in 2019.

However, the results were better than economists expected, as they expected exports from China to fall 14% in March in comparison with March 2019. In the case of imports, economists projected the imports to fall 9.5% over the same period.

China’s trade market surplus in March was $19.9 billion. This result also surpassed the expectations, as economists expected that surplus would reach $18.55 billion.

Let’s compare the results of March with January and February. China reported combined trade data form January and February. According to the date, during the first two months of 2020, exports dropped 17.2% compared with the same period in 2019. Also, imports fell 4%  due to coronavirus and its impact on the economy. 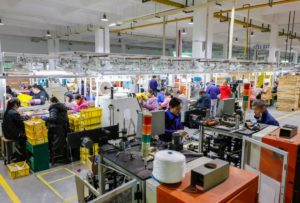 Importantly, in the first month of spring, China’s trade surplus with the U.S. decreased to $15.32 billion from $25.37 billion in January and February.

At the press conference, Li Kuiwen spokesperson for the General Administration of Customs mentioned the progress achieved as part of the phase one trade deal.

Several months ago, more precisely on January 15, President Donald Trump signed a partial trade deal with China. The trade war between the largest economies in the world started in 2018 and created additional pressure on the global economy.

Despite the fact that China was able to stabilize the situation when it came to coronavirus, global cases were close to 2 million on Tuesday.

Many countries imposed restrictions, governments are trying the contain the coronavirus. As a result, supply chains are disrupted and companies are struggling to stay afloat and to cope with the ongoing situation.

According to  Li Kuiwen, there are difficulties in foreign trade, as shrinking international demand will affect China’s exports. Moreover, even domestic demand won’t be enough to offset issues related to foreign trade.

It is worth mentioning that, China’s trade partners across the world suffered huge losses. Thus, it will take time to get back on feet. In most cases, this process will be full of challenges.