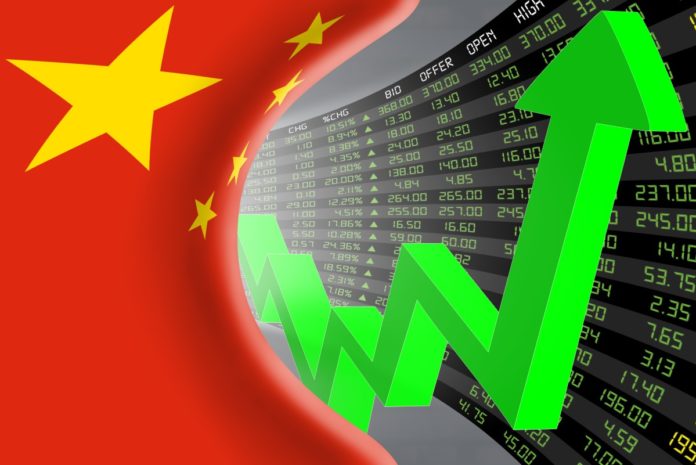 Chinese stocks surged on the first day of trade after a week-long holiday, tracking other stock markets across Asia. Additionally, markets on Wall Street rallied. Data on Friday also revealed that the services activity in China returned to positive levels.

According to ANZ Research, investors will likely focus on issues in the Chinese property market. As we know, property developers are struggling with high debt levels, the spectre of strong demand for steel and iron ore stays low.

China’s CSI 300 real estate index fell by more than 1% by the afternoon.

In South Korea, the Kospi fell 0.11% to 2,956.30. On Friday, Samsung reported that its operating profit for the third quarter of the year was likely up 28% from a year ago to 15.8 trillion Korean won.

This is likely to be Samsung’s best quarterly profit in three years — since Q3 of 2018 when Samsung registered a profit of more than 17.5 trillion won. The stock initially increased following the earnings estimates report; however, ended the day 0.14% lower.

According to Reuters, the Caixin/Markit services Purchasing Managers’ Index (PMI) climbed to 53.4 from 46.7 in August, strengthening from the lowest level since the height of the COVID-19 pandemic in 2020. The 50-point mark separates growth from reduction.

Stocks surged as lawmakers reached a deal to raise the debt ceiling in the short term. The Dow Jones Industrial Average (DJIA) gained 337.95 points, or about 1%, to close at 34,754.94.

Furthermore, stocks reached their highs of the session as Senate Majority Leader Chuck Schumer reported on the Senate floor news of the debt ceiling compromise. Notably, it will avoid an unprecedented default for now.

The market is now waiting for Friday’s key September jobs report as the Fed prepares to withdraw its $120 billion-per-month bond-buying program.