Home News Forex Chinese Yuan edged up, while the Euro collapsed on Wednesday 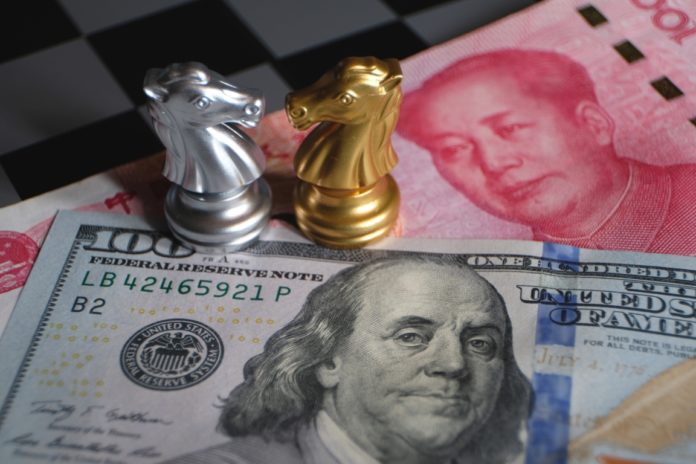 The Chinese yuan climbed up on Wednesday, after falling to a month-low 7.0885 per dollar. A few days ago, the U.S. President Donald Trump declared that China is guilty of the coronavirus outbreak. His comments included a threat of fresh tariffs on Chinese goods. Investors are awaiting a response from Beijing and avoiding sharp moves.

Meanwhile, the Australian dollar traded at $0.6432 and the New Zealand dollar at $0.6052. Both of them were steady against the greenback, above 64 cents and 60 cents, respectively.

The sterling was also steady at $1.2431. On the other hand, the euro plummeted down to a one-week low of $1.0826. The currency also collapsed to a three-year low of 115.09 yen in Asian trade, as investors worried about eurozone turbulence.

The European Central Bank may lose the Bundesbank as a participant in a scheme aimed at weakening the economic blow from the pandemic. Germany’s highest court gave ECB three months to justify purchases under its bond-buying program on Tuesday.

What about the Japanese Yen?

The yen rallied on Wednesday. It rose against the dollar, trading at 106.22 by the end. The currency hit a seven-week high against the greenback and a three-year peak against the euro.

The safe-haven yen had been the pick of major currencies since the crisis started. That will probably continue – noted Kit Juckes, the Head of FX Strategy at Societe Generale. However, other major currencies were stranded as worries about U.S.-China tensions and dire economic indicators held optimism for recovery in check.

The yen skyrocketed to a three-week high against the Korean won on Wednesday. The currency is near to a month high against the Australian dollar as well. And it is already up by nearly 6% on the euro and about 2% on the dollar for the year.