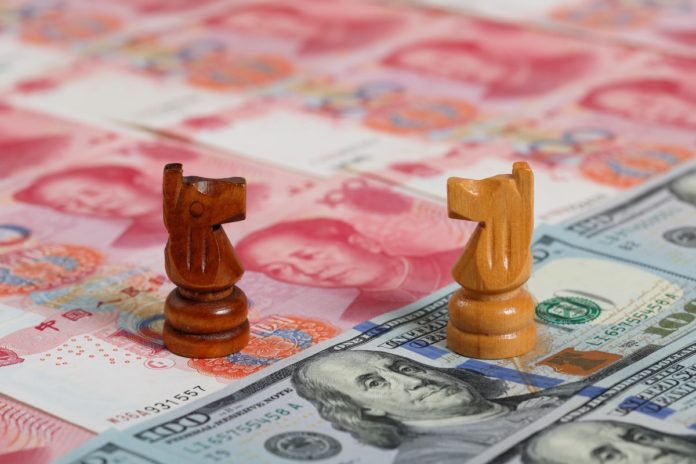 The Chinese yuan hit a six-week high of 6.9288 per dollar in the onshore market. The currency managed to rise despite the bad data about China’s services sector. According to the new report, the sector dropped down to its weakest point in February.

Such numbers are the result of coronavirus’ impact on the country’s economy. However, it seems China is rebounding slowly while the dollar hit rock bottom after the virus spread in the U.S.

Meanwhile, the Australian dollar lowered also, with its last trading at $0.6599. Its downfall was due to the weak Chinese data as the country’s economy depends highly on trade with China.

The U.S. dollar hovered near a five-month low against the yen on Wednesday. The currency fell after the U.S. Federal Reserve’s emergency 50 basis point rate cut caused more anxiety about the impact of the coronavirus. It sent Treasury yields tumbling to record lows as well.

Furthermore, the dollar traded near its lowest point in almost two years against the Swiss franc. The investors returned to traditional safe havens as rate cuts were deemed insufficient to neutralize the risks posed by the global spread of the virus.

Traders are betting that the Fed will cut rates more than the European Central Bank. Masafumi Yamamoto, the chief currency strategist at Mizuho Securities in Tokyo, noted that the G7 and the Fed were not enough to support markets so far.

As a result, the dollar dropped down to 106.85 yen in Asia on Wednesday, reaching its lowest point in almost five months, before steading at 107.36 yen.

What about European Currencies?

Bulls aggressively bought the euro due to the U.S. dollar’s massive sell-off. The currency last traded at $1.1158, close to a two-month high reached on Tuesday.

Furthermore, the euro rose against the sterling, trading at 87.07 pence, which is the highest point in more than four months. The sterling bought $1.2819.

The uncertainty about trade talks between Britain and the European Union continues to weigh on the sterling. The growing expectations for the U.K. interest rate cut are also influencing the currency’s price.