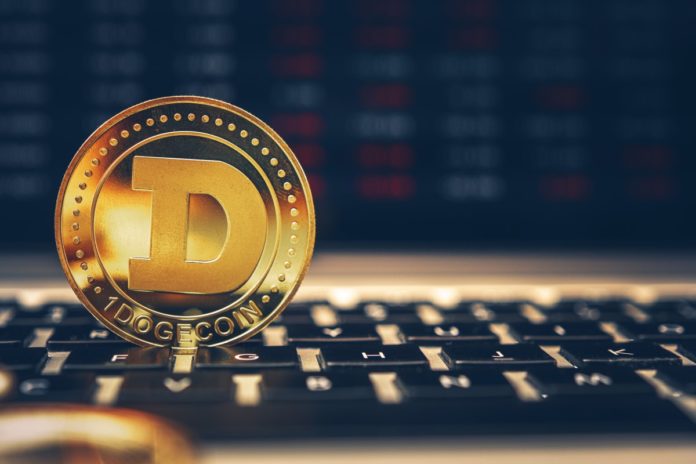 Famous meme crypto Dogecoin got a huge upgrade recently. Tesla Inc CEO Elon Musk popularized it as a joke. However, it seems the crypto isn’t a joking matter anymore. Users can now access it through 1,800 ATMs across the United States.

The cryptocurrency’s price skyrocketed by 25% on Feb. 4. Tesla and SpaceX founder Elon Musk posted a picture of a rocket going to the moon and mentioned “Doge” in the comments. Dogecoin soared within minutes after publishing the post.

Elon Musk continued his Doge shill afterward. Two days later, he posted a survey that asked if the crypto will be the earth’s future currency. 2.4 million people responded to the question, and 71.3% said yes.

On Feb. 8, Mark Cuban, NBA Dallas Mavericks owner, joined the conversation. He noted that the attention this meme coin is receiving is not a bad look for the crypto industry.

Cuban also added that Dogecoin gives people a better chance of winning than a lottery ticket, and in the process, it is teaching them the economics of supply and demand. Furthermore, Doge is introducing some people to crypto assets. It is essentially the lowest-cost economics teaching tool that is simultaneously easily available and entertaining.

How much did Dogecoin gain after getting Elon Musk’s attention?

Dogecoin price rallied by almost 200% within the first two weeks of February. The crypto jumped from $0.03 to nearly $0.09. However, it has consolidated near $0.05 afterward.

Some investors were cautious about Dogecoin’s sudden surge. They claimed that such a rally wasn’t entirely organic, especially considering that after the GameStop saga died down, an 85% price jump occurred from Reddit group – WallStreetBets. A couple of days later, Kiss frontman Gene Simmons tweeted that he would buy this digital coin, among others. As a result, the crypto’s price skyrocketed by an additional 40% over a 24-hour period.

Still, over the last 12 months, Coinflip has reported astronomical growth in demand. The company’s revenue more than tripled year-on-year. That’s not surprising, considering that Coinflip increased its ATM count from 441 to approximately 1,800 since January 2020. Its ATMs are currently installed in 45 of the United States’ 50 states.