Coronavirus and its Impact on Netflix

Home » Coronavirus and its Impact on Netflix

The coronavirus pandemic became the most serious problem for companies around the world. For example, airlines are trying to stay afloat as most of the airports are empty due to the restrictions imposed by authorities. However, some companies continue to make money despite the ongoing situation. One such company is Netflix Inc.

Recently, Netflix released its first-quarter results. In the first quarter of 2020, the number of subscribers increased by more than 15 million.

It is worth mentioning that, Netflix plans to spend millions of dollars to support the TV and film industry. Importantly, the company plans to allocate $150 million for that purpose. Moreover, Netflix wants to spend $100 million ut of $150 million, to assist employees, who work in this industry. 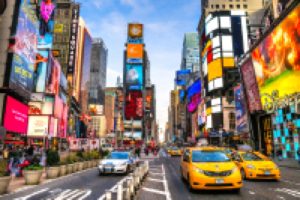 Interestingly, the number of subscribers reached more than 183 million around the globe. Moreover, the first-quarter subscriber figures surpassed the expectations. For example, global subscriber net additions were expected to reach 8.2 million, but Netflix added 15.77 net subscribers.

As stated above, the number of paid subscribers increased by 15.77 million. However, it is not easy to compare reported earnings to analyst expectations due to coronavirus.

Furthermore, in the second quarter of 2020, the company expects to add 7.5 million global paid subscriber additions. Nevertheless, it is hard to provide more precise numbers as the company can’t know when the governments will remove stay-at-home orders.

Also, Netflix expects lower net subscriber additions in the third quarter of 2020, as more countries will get rid of restrictions by that time.

Last but not least, according to the company, it would have the free cash flow for the year of negative $1 billion or better instead of the previous expectation of negative $2.5 billion.