U.S. and China relations are far from being ideal. The prolonged trade war between the largest economies in the world created many issues for the global economy. In January, the U.S. and China signed the Phase 1 trade deal. However, it won’t be enough to solve all the problems.

The relations between the U.S. and China is a very complicated issue. U.S. President Donald Trump promised to defend U.S. interests. It is hard to say when the trade war will come to an end.

Moreover, the coronavirus outbreak may affect the U.S.-China trade relations even more than trade war did in the last couple of years. As a result, the so-called “decoupling” between the countries may become more apparent to outsiders.

According to Curtis Chin, an Asia fellow at the Milken Institute, over-reliance on just one market is a serious threat to the economy. Moreover, companies had to change their plans due to the trade dispute between the U.S. and China. However, coronavirus also affected their daily operations as companies usually have elaborate plans when it comes to the supply chain. 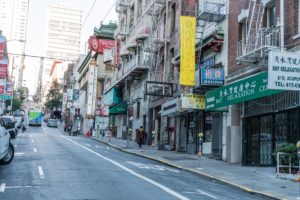 It is possible to compare the impact of the trade war and coronavirus as both of them have the potential to affect the economy in the long run.

The risk of the world’s two major powers, “decoupling” increased over the years, as both countries started to impose tariffs on each other’s goods. However, the coronavirus outbreak may further complicate the situation.

Nevertheless, this process will take a lot of time for multiple factors. For example, the U.S. and Chinese economies are closely connected, and it will be nearly impossible to change the situation in a couple of years.

However, the coronavirus crisis showed that not only the U.S. but other countries as well depend on China when it comes to manufacturing. This is a serious challenge as in case of another outbreak; companies will also lose a lot of money.

The outbreak began in Wuhan, the capital city of Hubei province, disrupted supply chains. Chinese authorities-imposed travel restrictions and closed the factories. Some of the factories will resume working in March.

For example, many automakers had to shut down their plans in China, as officials are trying to limit the spread of this virus. Based on the information, Apple’s biggest supplier Foxconn decided to postpone the resumption of production at its factories in the country. Companies should invest in other countries as well; this way, they will safeguard their supply chain from such unexpected problems.