On Thursday, a combination of factors influenced the stocks across Asia. One of the factors which affected the markets is the U.S. Federal Reserve.

Two days ago, the Federal Open Market Committee made the decision to keep the benchmark rate in a range between 1.5% and 1.75%. For the second meeting in a row, Federal Reserve decides not to change the rates. According to the stamen released by the committee, the labor market remains in a strong position. The economy is growing at a moderate rate.

Federal Reserve Chairman Jerome Powell commented on the Coronavirus. He stated that the central bank is closely monitoring the situation. However, he mentioned that it would take time to assess the impact on the global economy.

Stocks in Asia and Coronavirus 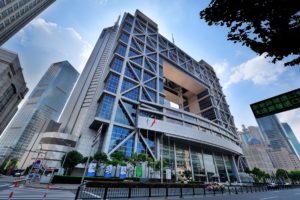 Stock markets across the Asia Pacific region experienced problems due to the coronavirus outbreak.

Hong Kong’s Hang Seng index dropped 2.62% to close at 26,449.13. The shares of travel-related companies such as China Southern Airlines and Cathay Pacific fell on Thursday.

Unfortunately, shares of gaming companies also fell on January 30. In the case of Wynn Macau, shares fell 5.21%. At the same time, shares of another gaming company Melco International Development declined 5.35%.

The index declined due to the Hon Hai Precession Industry. Shares of manufacturing giant and major Apple supplier, also known as Foxconn, fell 9.97%.

In South Korea, the Kospi index fell 1.71% to close at 2,148.00.  Samsung Electronics reported that the fourth quarter operating profit declined by about 34% compared with the same period in 2018.

PrevPreviousChina’s Economic Growth May Drop to 5% or Lower
NextU.S. Economy in the Fourth Quarter of 2019Next