Corporate Debt and Future of the U.S. Economy

Home » Corporate Debt and Future of the U.S. Economy

The historic economic expansion came to an end due to coronavirus and its impact on the U.S. economy. Moreover, corporate debt was already at historic lows even before coronavirus pandemic.

However, at the moment, companies are struggling to stay afloat and accomplish this goal, they need more money. As a result, companies across the country rely on debt to survive until the economy recovers, but it is hard to determine how long it will take to restart the economy.

Furthermore, that added debt could make economic recovery more stressful for the companies. Thus, corporate debt may jeopardize the process of economic recovery. Moreover, companies will have to repay those borrowings, after repaying debt, they could face serious problems. For example, at least some of the companies may have to change their plans regarding the investments.

Furthermore, they may be forced to defer capital spending projects. Also, companies may alter their plans connected with their employees. As a result, some of the firms may choose not to hire employees, who once worked for them. Another option is to postpone this process.

Corporate debt and its influence on the economy 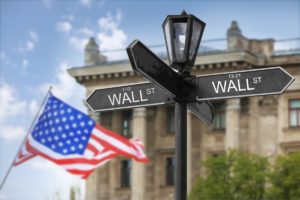 Also, companies started to use lines of credits they had arranged before the crisis, sometimes even several years ago. Moreover, most or many cases companies used all the cash available to them.

Interestingly, more than 50 companies accessed at least $1 billion from their credit lines in the last two months.

Also, companies such as airlines, retailers, restaurants, hotel chains, oil companies, and others are trying to use dept to cope with financial problems. For example, General Electric and world-famous company Disney each of them sold more than $6 billion in bonds. Also, oil giant Exxon Mobil that suffered losses due to oil demand as well as prices, sold $18 billion in bonds.

Some of the companies that are not suffering also added debt. In the first quarter, the number of subscribers as well as revenue increased despite the coronavirus pandemic. However, Netflix decided to add $1 billion in debt to finance more shows and movies.