Creditor Groups, Debt Crisis and the Economy of Argentina

Home » Creditor Groups, Debt Crisis and the Economy of Argentina

The coronavirus pandemic became the biggest threat to the global economy. Moreover, for some countries, it would be even harder to minimize the damage caused by the coronavirus. One such country is Argentina. The local economy was struggling to cope with numerous challenges even before the coronavirus.

However, ongoing pandemic created additional problems for Argentina. It is worth mentioning that, Argentina is a heavily indebted country and in this situation, it won’t be easy to allocate additional funds.

Last week, Argentina unveiled a proposal, regarding its foreign-law debt bonds governed by the law of foreign jurisdiction. Let’s have a look at this proposal.

This proposal included a three-year grace period as well as large coupon cuts and a smaller reduction in capital. As a result, the steps mentioned-above would provide the South American country with around $41.5 billion in relief.

Nevertheless, a creditor group made up of some of the world’s largest asset managers rejected this proposal. The group released a statement to explain its position. According to this statement, it understood the various economic and political shocks, but the group is not willing to accept this offer.

As a reminder, Argentina is struggling to deal with numerous issues such as recession, rocketing inflation and a mounting debt crisis. All of the factors combined created too many problems for the local economy.

The future of the local economy 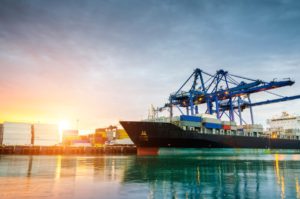 Furthermore, the members of this group hold more than 25% of Argentina’s post-2016 bonds. The members also hold more than 15% of the so-called exchange bonds, issued in the last debt restructuring according to the statement released by the group.

Argentina has one of the largest economies in South America. However, the current situation is far from being ideal. Moreover, on April 20 another creditor group Argentina Creditor Committee (ACC) also rejected this proposal. The ACC includes Greylock Capital as well as mutual funds, family offices, asset managers and insurance firms.

By the end of 2019, the total amount of debt was $323 billion. The country implemented several steps to improve the situation. For example, Argentina already moved to push back its peso debt, freeze payments on local-low dollar borrowings until the end of the year. Moreover, the South American country sought relief from major creditors such as the International Monetary Fund and Paris Club.

However, the country has to convince its international creditors. Otherwise, Argentina will default on its debts. Creditors groups and the government should work together to find the optimal decision.