Cryptocurrencies step-by-step are becoming part of everyday life. It is not surprising that not only private but as well as governmental organizations started to embrace the digital currencies. The cryptocurrency market is evolving, and one of the latest examples comes from the U.K., more precisely from Wales.

The government of Wales decided to allocate funding for the development of its cryptocurrency. The purpose of this digital currency will be to boost the local economy. Small and medium businesses will benefit from this decision.

Wales is not alone when it comes to endorsing the digital currencies. The country with the second-largest economy in the world is also working on the cryptocurrency project. The People’s Bank of China, which is the central bank has the goal of introducing the national cryptocurrency.

It is worth mentioning that China is developing its digital currency in cooperation with the country’s biggest banks. Moreover, the technology company Tencent, as well as Alibaba, are also working on this project. The involvement of famous Chinese companies underlines the importance of cryptocurrency to China. 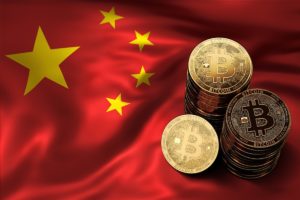 However, everything is not so simple when it comes to the Chinese market. In 2017, China’s government banned Bitcoin and cryptocurrency exchanges. Nevertheless, the cryptocurrency market exists in China, and it is quite big. Let’s not forget that 90% of all digital currency trading volume is accumulated in China. This happened before the government’s verdict.

Binance is the largest cryptocurrency exchange in the world by volume. In October, Binance launched a peer-to-peer Bitcoin and crypto trading platform in China. However, it already experienced problems. Alipay, which is part of Alibaba released a statement about this platform. They warned customers that they will not accept any transactions related to Bitcoin or other digital currencies. This statement once more underlines that the crypto industry is facing problems in China.

Bitcoin, which is the most popular digital currency in the world, struggled to deal with issues. Its price even fell to less than $8,000. At the moment, Bitcoin’s price is slightly above $8,000. It stands at $8,042.

Another cryptocurrency, which is the Ethereum, is also trying to regain its position. Right now, Ethereum’s price is $176.