The people’s Republic of China has the potential to influence the cryptocurrencies not only inside the country but on the international stage as well.

Some industry experts believe in the nearest future, China will introduce its national digital. According to the preliminary information it will ready in two to three months.

Local officials are willing to invest in the blockchain technology. For example, Guangzhou’s city government allocate 1 billion yuan (about $140 million) to support the blockchain industry.

There are several reasons why the Chinese officials would like to the state-backed digital currency. One of the major reasons is cryptocurrency would help to make Chinese yuan more popular on the global stage.

Another reason, which is important to remember is that China is the world’s largest e-commerce market. For example, more than 50% of global transactions come from China, according to the U.S. Department of Commerce.

Nevertheless, China’s state-backed digital currency might be very different from Bitcoin or any other cryptocurrency.

This makes sense as China is ruled by the Communist Party. This party remains in power since 1949. It is not a secret that cryptocurrencies offer several advantages in comparison with fiat currencies, such as anonymity and decentralization. However, it is unlikely that Chinese officials would be ready to provide such features to potential crypto owners.

Moreover, there are a lot of questions regarding privacy and China’s digital coin. As long as the Communist Party remains in charge, national cryptocurrency would be used according to its interests. 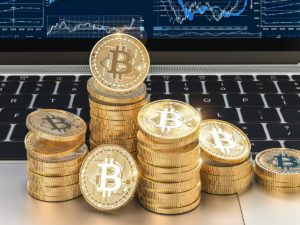 As mentioned above, China is actively developing the blockchain technology.

Another factor which increased the interest in blockchain is China’s President Xi Jinping and his speech about the blockchain technology.

Edith Yeung is a managing partner at Proof of Capital, a blockchain-related venture capital fund.

According to Yeung, China conducted comprehensive research regarding the blockchain. It took five years to prepare this project.

Xi Jinping’s speech underlined the importance of this technology to China. China’s national digital currency would help the Chinese government to boost the economy.