There are numerous cryptocurrencies, but two of them are famous around the world. On November 6, Bitcoin’s stayed above $9,000. However, it experienced problems, and the price started to decline below $9,400 and $9,350 levels. Hopefully, the price remained above the $9,200 support level. On Wednesday, Bitcoin’s price was $9,389.

It is no secret that Bitcoin is the largest cryptocurrency in terms of market capitalization. The second place belongs to Ethereum. On November 6, Ethereum’s price was $190. Moreover, Ethereum had the chance to reach more than $200. However, it had to break the resistance level near $200. 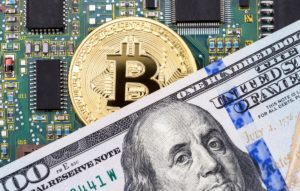 This week an interesting case involving cryptocurrencies happened in Canada. On November 4, the British Columbia Securities Commission (BCSC) announced that the commission seized the crypto exchange. Moreover, the BCSC is an independent provincial government agency, which is responsible for regulating capital markets in the province of British Columbia.

The investigation started several months ago and culminated by taking over this crypto exchange. The name of this cryptocurrency exchange is Einstein Exchange.

In December 2017, a resident of British Columbia, Michael Ongun Gokturk established a crypto exchange. He was the only director of the Einstein Exchange.

The commission believes that Einstein Exchange mistreated the assets of its customers.

The Supreme Court of British Columbia that the best option to deal with the problem was to seize the crypto exchange. This decision will help to preserve and protect any asset of the Einstein Exchange. Moreover, the Supreme Court-appointed Grant Thornton Ltd to take care of this crypto exchange and its assets. Starting in November, this company will have to deal with this complicated situation.