In the modern world, it is hard to imagine even a single day without a smartphone as this device became part of everyday life. New technologies changed the perception regarding the simple but at the same time, important tasks. It will take a lot of time to mention all of the technologies, which made life easier for billions of people. Cryptocurrencies are one of the latest achievements which affected the financial institutions along with other sectors.

This market is constantly developing, and it takes time to learn more about the different cryptocurrencies. Nevertheless, it is not as hard as some people think it is, and on the contrary, it is quite simple to understand the concept of digital currencies.

First of all, it is important to remember that cryptocurrency is the same as digital currency, virtual currency, etc. It is as simple as it sounds: a type of virtual money.

Some people may think that virtual money is not real money. However, this is not the case as cryptocurrency is the most valued currency on the market. Moreover, crypto is growing daily, and as a result, it plays a more active role in the market.

The difference between the fiat and cryptocurrencies 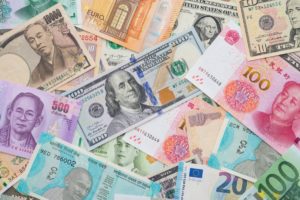 Let’s have a look at the difference between fiat currencies and digital currencies. Firstly, fiat currency has physical cash and is under the control of the central banks.

On the contrary, cryptocurrency does not have fully developed physical cash, at least for now. Also, digital currency is not under the control of any central bank in the world. It is worth mentioning that the chance that physical cash will become part of the crypto world is quite low.

There is a huge difference when it comes to how each currency gets its value. The time when all currency was pegged to precious metals is gone. In 2019, the value of the currencies depends on a faith-based system that depends on supply and demand.

The faith-based system means that the value of a regular currency depends on the government.

In the case of cryptocurrencies, the situation is different even its value also comes from supply and demand. Most of the digital currencies have spending caps. It means that there is a limit, and it is not possible to produce above this limit.

Fiat currency is controlled by the central bank, and the government can print as much as it wants, depending on various factors. It is well-known that the biggest problem of fiat currency is inflation. This may happen due to the excessive amount of cash printed by the government. As a result, the currency is losing its original value.

Another difference between the fiat currencies and cryptocurrencies is the security. As mentioned above, fiat currency is under the control of the government and central banks. Nevertheless, the political situation, as well as inflation and money-laundering, may affect the fiat currency.