Digital currencies such as Bitcoin, Ethereum, and others are popular even in the most isolated and authoritarian countries in the world. Cryptocurrencies step-by-step became part of everyday life.

Private, as well as governmental organizations, have to keep up with the latest tendencies. One American bank realized the importance of this industry.

Silvergate Bank, without a doubt, is a crypto-friendly bank. According to an updated IPO prospectus filed in September 2019 bank serves more than 750 companies that are related to the crypto industry. It means that in comparison with March 2019 the number of clients increased by 248.

On November 7, Silvergate Bank officially began selling shares on the New York Stock Exchange. The Silvergate  Bank had its “IPO day” on the NYSE. One day before, on November 6, the bank received a “notice of effectiveness.” It means that the U.S. Securities and Exchange Commission officially accepted the IPO bid.

Based on the September’s filing, deposits held by the bank reached $1.55 billion. 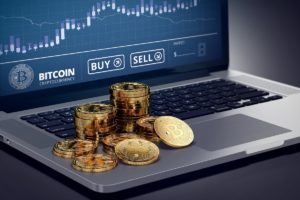 People still remember Bitcoin’s rally, which dates back to 2017. Bitcoin and cryptocurrency investors, as well as analysts, are trying to understand if it going to happen again.

Researchers spent a lot of time to analyze the data to understand how Bitcoin’s price increased from under $1,000 to almost 20,000 in under 12 months. This happened in 2017.

John Griffin from the University of Texas and Amin Shams from the Ohio State University conducted research. Finance professors found that around half of Bitcoin’s value between March 2017 and March 2018 was created by trades between Bitcoin and tether. This tether is so-called stablecoin, has links with British Virgin Islands-based Bitfinex bitcoin and cryptocurrency exchange.

It is worth mentioning that both Bitfinex and Tether Ltd, which controls the stablecoin tether, are owned by the same people.

This study may prove that Bitcoin’s epic rally happened due to manipulations.