This idea goes back to 2017 when one of Facebook’s employees became the first person working on this project.

Facebook made an official announcement regarding the Libra in June 2019. However, several after making this statement, the fate of Libra is unknown.

U.S. lawmakers, as well as government officials, are skeptical about this cryptocurrency. Some of them are concerned regarding the place of registration which is outside of the U.S. Moreover, the issues connected with privacy are another headache for U.S. officials.

The CEO of Facebook Mark Zuckerberg met with Senate Democrats to discuss the problems associated with Libra. During this meeting, he promised the members of Senate that Libra would first receive

Last week Zuckerberg gave an interview with the Japanese newspaper Nikkei Asian Review. One of the most interesting conclusions from this interview is that Libra is facing serious opposition. It means that Libra’s launch may even not happen in 2020. 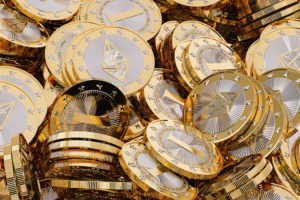 Libra may significantly change the digital currency market. Nevertheless, due to the legal challenges, it may a year or even more before it will be able to compete with Bitcoin, Ethereum, and other cryptocurrencies.

Bitcoin is the number of one digital currency on the market. During the last several days it is struggling to cope with problems. On Friday, Bitcoin’s price was $8.128.

Ethereum was another major digital currency that experienced problems last week. On Thursday, it was unable to break the resistance above $172 and $175 levels. Problems continued on September 27, and the price was $166.

The main advantage and disadvantage at the same time are the regulations. It will take a long time before Facebook will solve all the issues connected to Libra. However, it has the chance to become the first major cryptocurrency which will gain official approval from government officials.