Hungary increased its interest rate by 30-basis points on June 22. The benchmark now sits at 0.90%, kickstarting the monetary tightening cycle in the country amid high inflation. The Czech Republic was the second country in Europe to introduce its first hike following a series of cuts due to covid. However, Poland does not share the same sentiment. Just like the US Federal Reserve, Narodowy Bank Polski sees inflation as temporary due to economic recovery from the pandemic. Despite this, the market remains bullish on zloty as a regional inflation trend could soon catch up with the Polish central bank. Meanwhile, the International Monetary Fund upgraded the country’s 2021 economic outlook. The global financial institution now sees a 4.6% expansion for the year from the previous 3.5%. The IMF expects continued growth in 2022 with a 5.2% forecast. The Histogram is flat suggesting indecision among investors. Price action signals a reversal in prices. 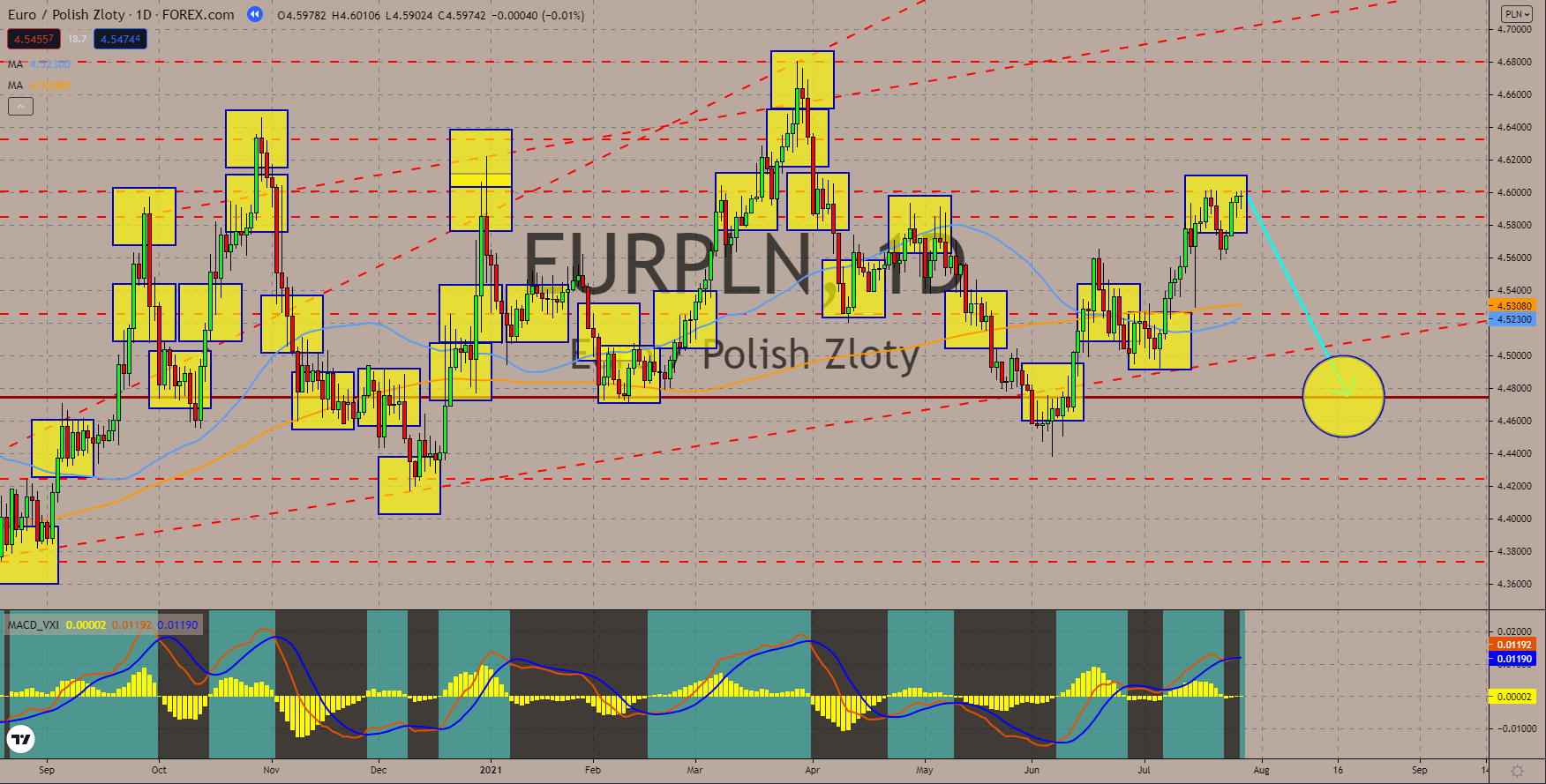 Sweden’s economy in the second quarter grew at a faster pace of 0.9% against Q1 2021’s record of 0.8%. Meanwhile, analysts were expecting a slowdown with a 0.7% reading. On an annualized basis, the 10.3% result is the highest result to date. In addition, net exports soared to 10.30 billion in June which marked the return to the pre-pandemic level. The manufacturing sector is the most bullish with a Confidence Index of 129.2 points. This results in higher lending activity which grew 6.2% year on year. In contrast to manufacturing confidence, the individual consumers were less optimistic. The Consumer Confidence Index was down for the second consecutive quarter with 106.5 points. The result reflected the decline of June’s retail sales. The YoY figure came in at 8.5% compared with the revised 10.7% growth in the prior month. Meanwhile, the report is down -0.3% from May’s data. The pair will rebound from the MAs to reach 10.42500 in the coming days. 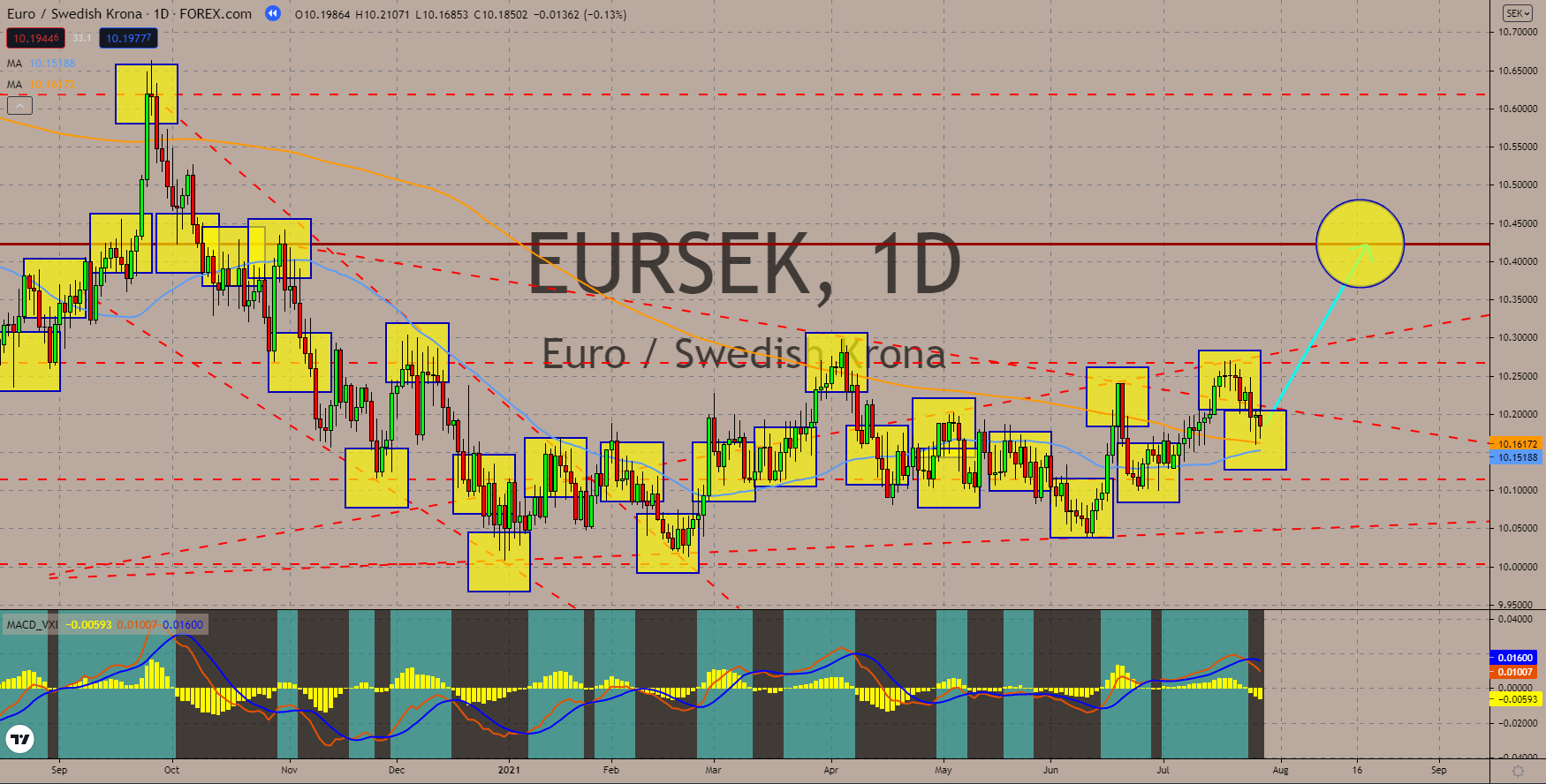 Germany’s July preliminary CPI jumped 0.9% month-on-month against 0.5% estimates. If actual data came in near July 29’s report, it will be the highest monthly increase in consumer goods. On an annualized basis, the figure translates to a 3.8% increase, a level last seen in more than 25 years. However, the recent update in the European Central Bank’s monetary policy is expected to render the inflation hike worthless for the bulls. The ECB adopts an annual inflation target of close to, but not below, 2.0%. Hence, inflationary concerns will not pressure the central bank to tighten its monetary policy. In addition, President Christine Lagarde plans to add maximum employment as a new mandate for the ECB. Meanwhile, Eurostat’s inflation reading showed an advance of 30.0 points. The figure will be a pandemic high and a level last seen in 2011. The 50 and 200 MAs were flat, but the MACD line and Signal line had a crossover on Tuesday signaling a bearish bias. 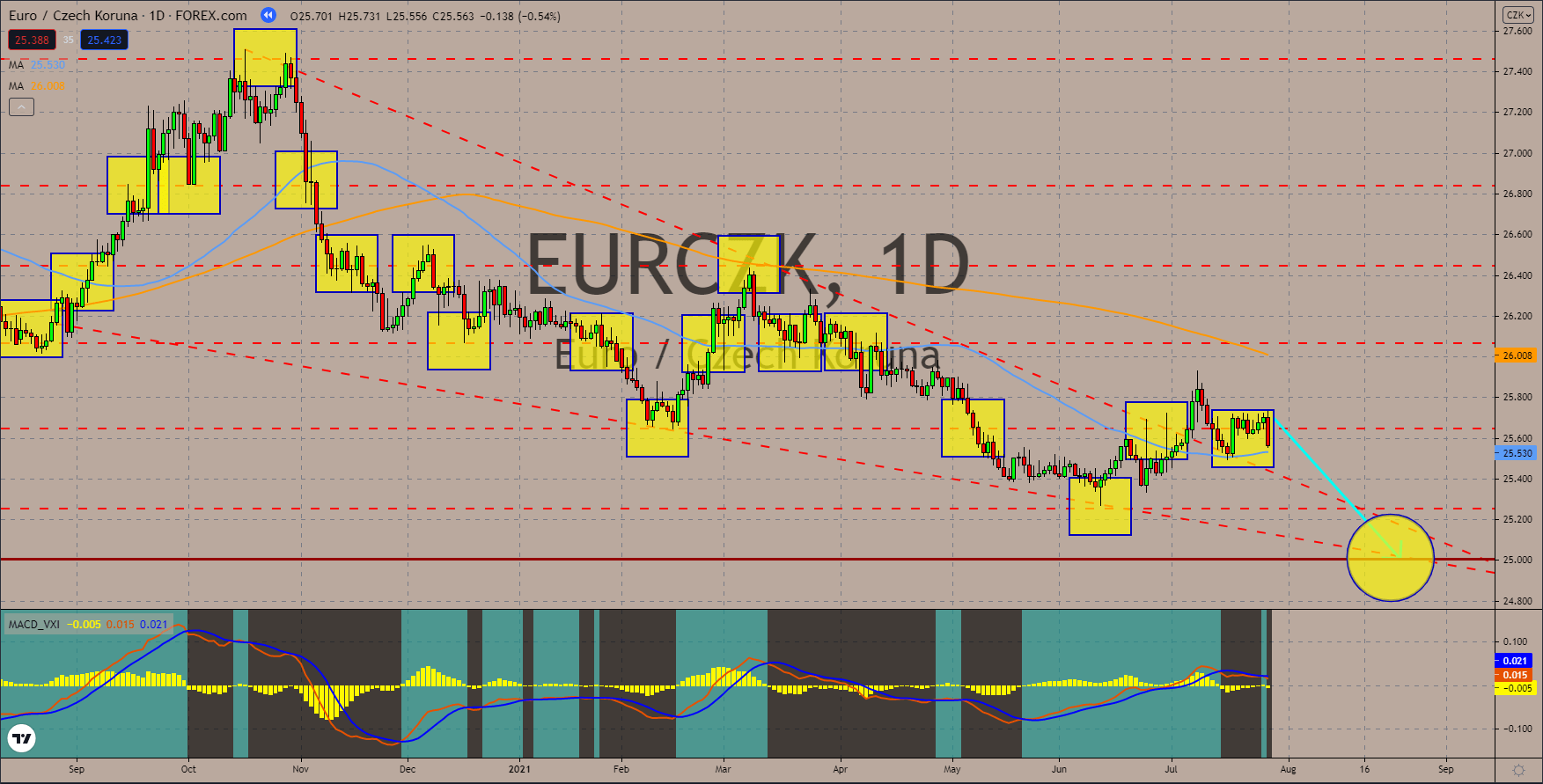 The US economic data showed disappointing results. The world’s largest economy expanded by 6.5% in the second quarter based on the preliminary data. This is the highest quarterly growth in three (3) quarters. However, the figure missed the 8.5% analysts’ estimate. In addition, the 400,000 jobless claims addition is 20,000 higher from the forecast. Last week, the result of 419,000 ended three (3) consecutive weeks of below 300,000 additions for the report. Adding to the pessimism in the US dollar was the dovish Federal Reserve. The benchmark interest rate remains at 0.25% and bond purchases will continue until the American central bank sees strong economic figures. The unclear timeline for tapering causes pessimism among investors. The sentiment is reflected from the recent crossover between the MACD line and the Signal line. Meanwhile, prices failed to break out from a key resistance area. Analysts expect prices to retreat around 294.000 near the 50-MA. 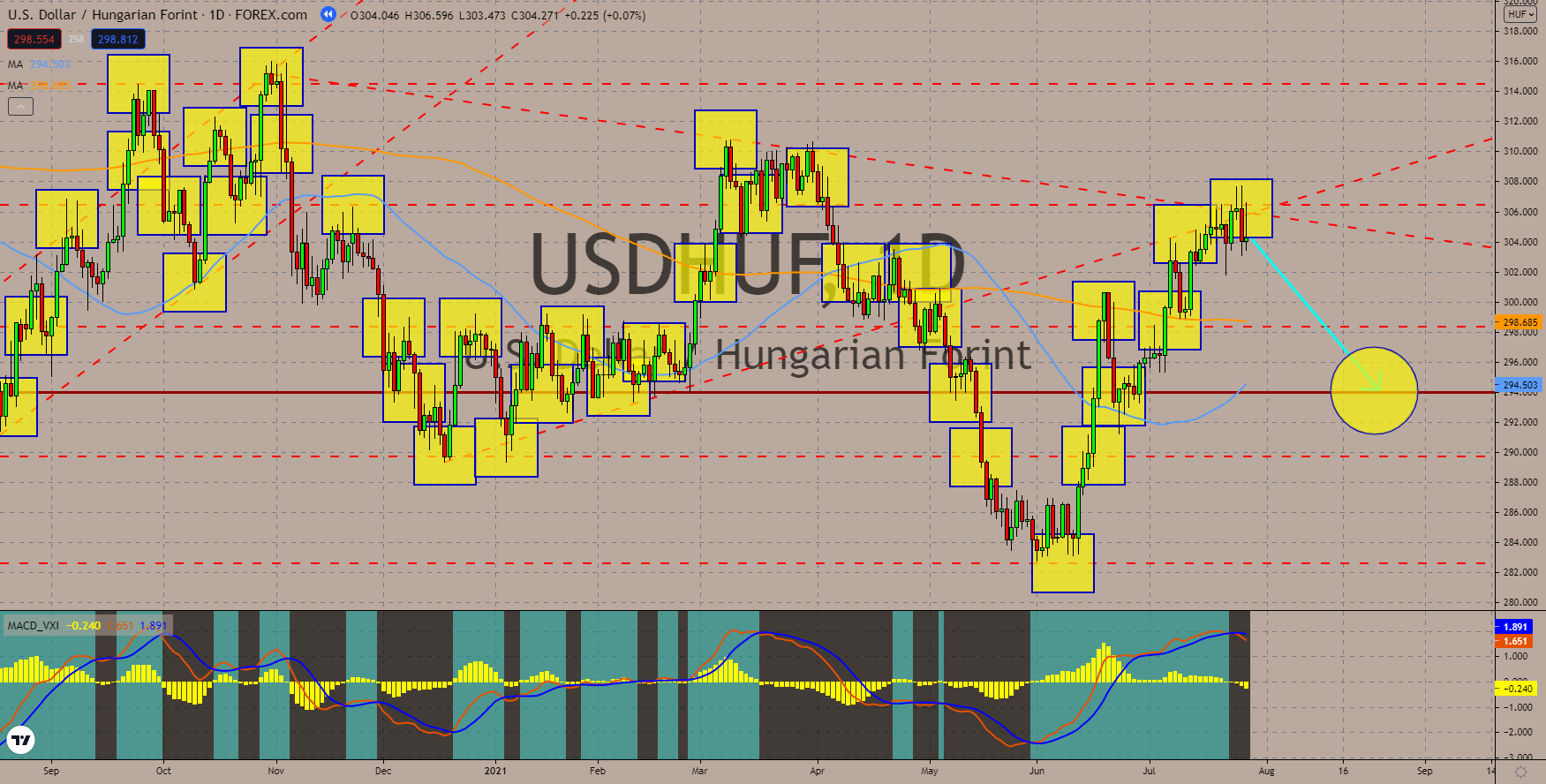