Australia’s third-quarter Producer Price Index will be released on Thursday, October 28. The prime economic indicator has started gaining steam during the first three months of fiscal 2021 where it clinched a 0.2% growth rate. This was followed by a solid 2.2% hike in Q2 which was the highest since 2014. However, outlook for Q3 remains vague as the Antipodean nation’s primary business hubs, including capital Canberra, have been placed on extended lockdowns amid the pandemic. With this blow, analysts predict that Australia’s economy might have shrunk by 3.0% during the third quarter of the year. If expectations are true, this will be the biggest turndown so far since the Q2 2020 where the economy plunged by -7.0%. In the last three months ending in September, the country’s employment rate stalled by 2.2%. This is despite the government’s generous assistance to the households and businesses, injecting $20.0 billion worth of stimulus to the economy so far. 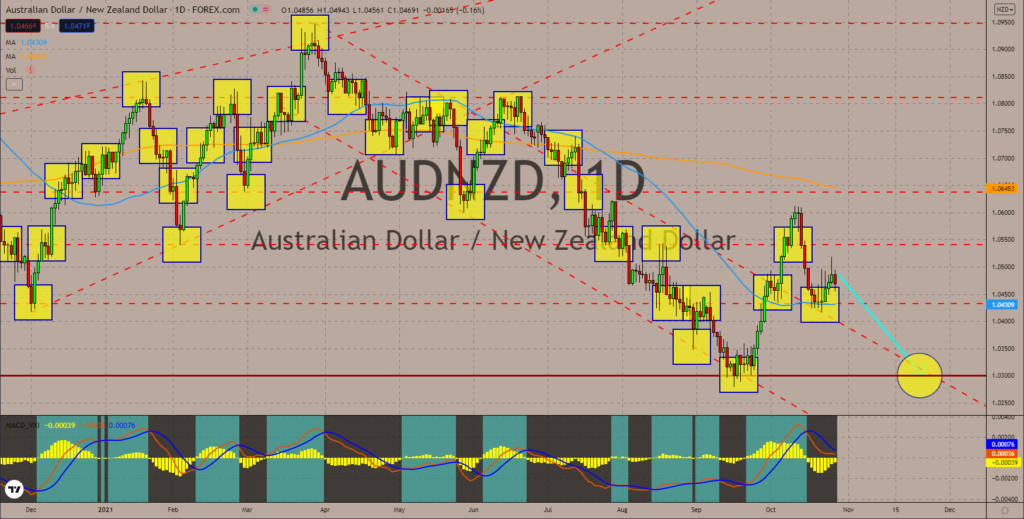 The European Union is still in the middle of its battle with the pandemic, yet it enters another woe towards recovery. The bloc’s consumer confidence is expected to come at -4.0% during its October 28 release, another month in the negative territory. The bloc could fail to regain footing during the month. Being an export-oriented economy, the eurozone is sensitive to a supply chain disruption. The derailment in production dented the EU’s October Composite Purchasing Managers’ Index which fell to 53.4 points from 56.2 points. The closure of some ports in Asia as well as the shortage in shipping manpower and containers pose challenges to manufacturers worldwide. Despite all the factors on the downside, a silver lining peeps. The Eurozone Industrial Sentiment climbs to 14.2 points this month from 14.1 points recorded prior. The actual result stepped above the expected 12.5 points. Moreover, The EU’s Services Sentiment jumped to 18.2 points from 15.2 previously. 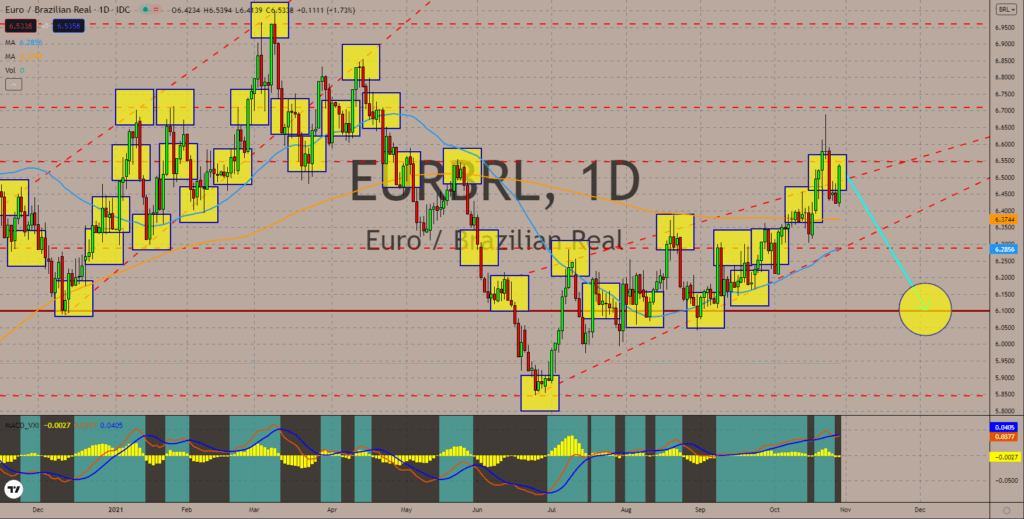 The Central Bank of Brazil gets bolder with its interest rate decision on October 27. The monetary agency increased the Selic to 7.75%, beating the anticipated 7.25% jump. Similarly, the incumbent policy is 1.50% or 150 basis points higher than the previous 6.25% it settled in since September 22. Experts noted that this is by far Brazil’s highest benchmark in 20 years. Analysts are convinced that BCB’s recent move is due to the skyrocketing inflation. A new survey suggests that consumer prices hit a 10.34% year-over-year expansion in mid-October. From the international arena’s lens, rising fuel prices due to crude crunch and supply chain bottlenecks provided a base for higher cost of living. Not to mention the ongoing problems with the steady rise in covid-19 cases. Meanwhile, domestic events namely weak fiscal framework, severe drought seen on Brazil’s agriculture spots, and the general elections next year all contributed to the soaring asset prices, resulting in a hike. 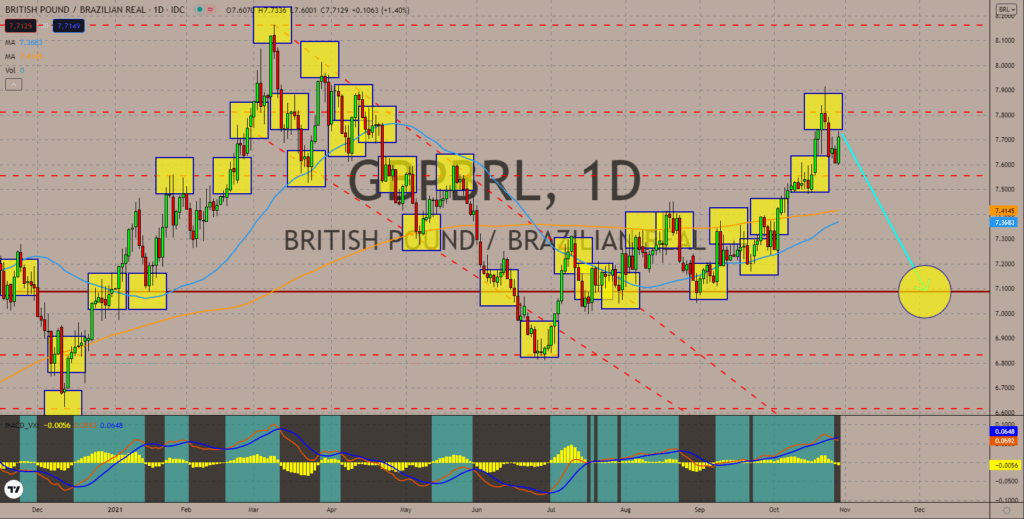 The United States Gross Domestic Product figures for the third quarter will be released on October 28. The indicator, as an important gauge of the overall health of the economy, is expected to ease to 2.7%. Should the estimate come true, it would be the slowest growth recorded since April 2020. The second quarter data came at 6.7%, which smashed analysts’ 6.6% growth forecast. Economists acknowledged that the world’s most powerful economy has undergone a period of trough in its path towards complete recovery. As with any other country, the recent supply chain disruption has been pointed as the culprit of the slowdown. Nevertheless, Goldman Sachs highlighted that things would get better in the long run. They kept their full-year GDP growth forecast to 5.6% for 2021 and 4.0% for 2022. The initial and continuing jobless claims data will be released on the same day. The new claimants are expected to come at 290,000 while continuing claims are at 2.41 million. 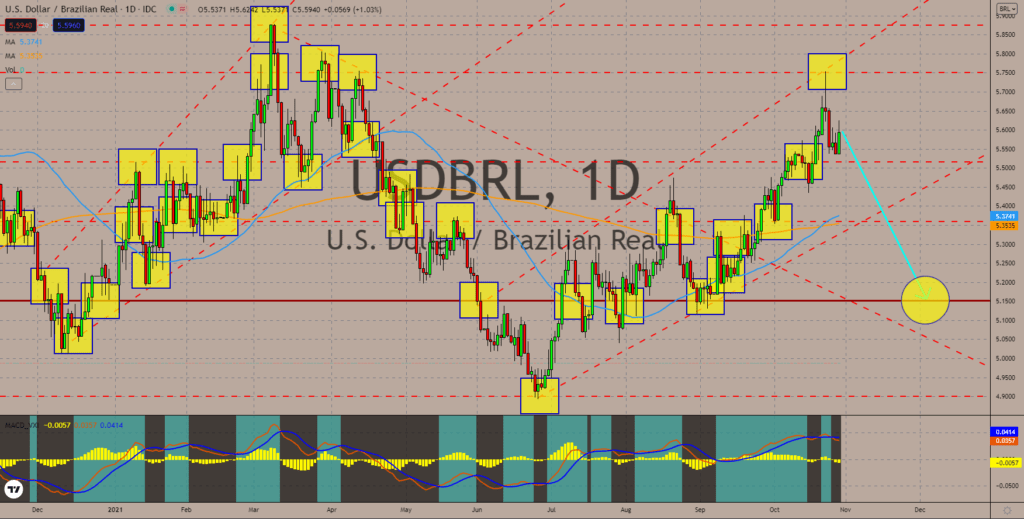