The coronavirus pandemic created numerous problems for the U.S. economy. The White House and lawmakers reached an agreement regarding the historic stimulus deal. Moreover, most eligible Americans already received their check, called economic impact payments. However, House Democrats are proposing a second of stimulus checks.

It makes sense as 37 million Americans lost their jobs. The checks helped millions of people who are out of work or who are working less because of the pandemic. However, many critics and lawmakers mentioned that the check did not go far enough.

The current state of many Americans is far from being ideal. According to the House Speaker Nancy Pelosi, the second round of direct payments is necessary for the survival of many Americans. Moreover, this step would help to boost the economy. Nevertheless, it won’t be easy to achieve this goal.

Importantly, House Democrats introduced the Health and Economic Recovery Omnibus Emergency Solutions Act or HEROES Act. This new piece of legislation, among other relief measures, includes a second round of stimulus payments of up to $1,200 per person.

However, this is not the end of the story as it is highly unlikely that the Republican-controlled Senate will approve this act at least in the current form.

House Democrats and the economy 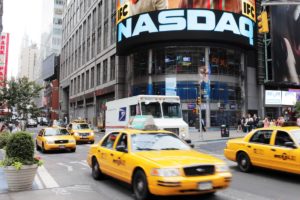 According to the legislation, individuals would receive another payment of $1,200 and in the case of married couples, they would receive $2,400. Moreover, this act includes $1,200 per dependent. However, the maximum number of dependents are limited, and only three dependants would receive money.

Moreover, when it comes to who is eligible to receive the stimulus check, the eligibility thresholds would be the same as during the first round. Thus, individuals who earn less than $75,000. In the case of the couples, the limit is $150,000. However, an individual who earns more than $99,000 is not eligible as well as couples who earn more than $198,000.

Interestingly, this legislation does not require recipients to have a Social Security number. As a result, people who file taxes with a taxpayer identification number (TIN) could receive a check as part of the second round of coronavirus stimulus checks. Notably, during the first round of stimulus checks, it was impossible to receive money with the Social Security number.

Also, the HEROES Act would extend the unemployment measures from the first stimulus package. Moreover, this act also includes the extra $600 weekly federal unemployment benefit through January 2021 instead of July 2020. Moreover, thanks to the HEROES Act gig workers, independent contractors, part-time workers, and self-employed would receive money through March 2021 instead of the end of 2020.

PrevPreviousThe British Pound fell on Thursday. What about the Aussie?
NextIndia increased its gold reserves by 7% in 2019-2020Next