The interest in Digital Currencies is increasing not only among private organizations but governmental organizations as well. Central banks in Europe and elsewhere are creating special groups to explore this emerging technology.

Last year, the central bank of Thailand announced the decision to launch its digital currency project.

As a reminder, China is the most populous country in the world. It has the second-largest economy in the world after the U.S. wants to create its cryptocurrency. Thus, China has the potential to attract a lot of people who are willing to use digital currencies.

People’s Bank of China assembled the team to develop the national digital currency. 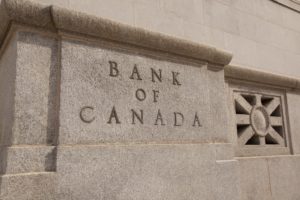 Recently, several central banks decided to join forces as this way; it will be easier to gather information about the cryptocurrencies.

Central banks of Canada, Switzerland, Sweden, the U.K., and Japan, along with the European Central Bank and BIS, formed a working group. The Bank of International settlements (BIS) is an international financial institution owned by central banks.

As a result, the members of this group will learn more central bank digital currencies (CBDC) and will share the information with other central banks.

Each central bank will investigate several important topics conned with digital currencies. For example, cross-border interoperability of the CBDC.

Moreover, the members of the group will cooperate with the Committee on Payments and Market Infrastructures (CPMI).

The members will also work with the Financial Stability Board (FSB), which is a recommendations body for the global financial system.

It is worth mentioning that, head of BIS Innovation Hub, Benoit Coeure will serve as chairman of the group along with Jon Cunliffe. He is a deputy governor of the Bank of England and chairman of CPMI. Senior representatives of other central banks that are part of the group will work with Coeure and Cunliffe.