Disney released information about its fiscal third quarter on Tuesday. Importantly, the world-famous company experienced problems due to the coronavirus pandemic. Unfortunately, the revenue fell 85% compared to the same period of time last year.

Importantly, Disney’s direct-to-consumer as well as the international segment was the only one to report an increase when it comes to year-over-year revenue. According to the company, it now has 100 million paid subscribers across its streaming services. Notably, its streaming services include Disney+, Hulu, and ESPN+. People should take into consideration that, more than half of those subscriptions are for Disney+. Importantly, at the end of the fiscal third quarter, the number of Disney+ subscribers reached 57.5 million. As a reminder, the company reached this result in less than a year after launch. 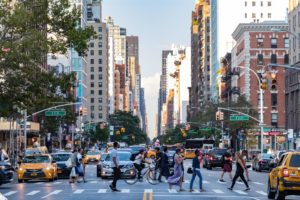 Moreover, as of Monday, the number of paid subscribers reached 60.5 million. Let’s compare, the revenue of different segments in the fiscal third quarter. For example, when it comes to media networks the revenue fell by 2% to $6.56 billion compared to the same period of time last year.

Moreover, parks, experiences, and products also suffered losses. The revenue dropped by 85% to $983 million. Furthermore, the revenue from studio entertainment also declined by 55% to $1.74 billion.

As mentioned above, direct-to-consumer and international segment increased by 2% to $3.97 billion.

The coronavirus pandemic created a lot of problems for the company. Importantly, restrictions had a negative impact on its business activities. However, the good news is that number of paid subscribers continues to rise and the company should be proud of this achievement.