Dollar Cautious Ahead of Trump-Xi Meeting

The dollar took tentative trades in cautious Friday trade ahead of the meeting of US and Chinese leader that might or might not lead to a resolution in the US-China trade tensions. Such truce would bolster emerging market currencies while safe havens would have to give way.

The greenback has suffered enormous pressure this week amid the growing expectations that the Federal Reserve would slow down its pace of monetary tightening, a view reaffirmed by the comments on Wednesday from chairman Jerome Powell.

In spite of the dovish comments from Fed officials, there was no large scale dollar selloff, in part due to the strength of the US economy, softening growth elsewhere, and dollar’s own status as a safe haven amid the US-China trade war.

It was steady during the Asian trade, with the US dollar index, which tracks its strength against a basket of six other major currencies,  a tad higher at 96.72.

Attention is now focused on a scheduled meeting between US President Donald Trump and his Chinese counterpart Xi Jinping at the G20 summit in Buenos Aires between November 30 and December 1.

The US president kept the markets on edge by sending mixed signals on Thursday about the prospects for a trade deal with Xi. Previously, he had said that it was highly unlikely that he would grant China’s request to postpone additional tariffs.

“If we see a truce, the Aussie and kiwi dollar will perform exceptionally well. We see a lot of upside in crosses such as Aussie/yen which would benefit from a risk-on move,” said Nick Twidale, who is the chief operation officer at Rakuten securities. “If tariffs on Chinese imports stay at 10 percent, the dollar is likely to weaken in a risk-on move.”

Trump has said that he is planning to significantly increase the existing 10 percent tariffs on Chinese imports by January next year, which would largely escalate the trade war between the economic heavyweights.

This week, White House economic advisor Larry Kudlow said that the president welcomes the chance of reaching a deal with China, though he had some reservations.

China’s economy is already under pressure, with a poll earlier on Friday showing its massive manufacturing sector growth slowed down for the first time in over two years in November as new orders shrank.

Apart from the US-China talks, the markets would also be focusing on whether OPEC and Russia agree on oil production cuts next week.

A substantial recovery in crude prices can be beneficial for commodity currencies such as the Canadian dollar and Norwegian krone according to Michael McCarthy, who is the chief market strategist at CMC Markets. 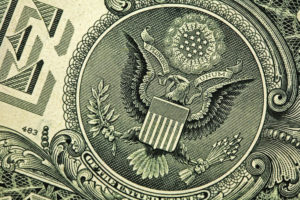 Dollar investors were also keeping close tabs for any changes in the US monetary policy.

Overnight, minutes from the Fed’s November 7 to 8 meeting indicated that another interest rate can be imminent. However, the Fed also kept the discussion open on when the US central bank might pause its monetary tightening and how it would relay those plans to the public.

The Fed is expected to increase interest rates by 25 basis points in December, which would  be the fourth hike this year.

For 2019, the market is now pricing only one rate hike, just below Fed’s projection of three interest rate increase next year.

Last Wednesday, Fed’s Powell said that the bank’s policy rate was now “just below” estimates of a neutral rate. Traders took this as a signal that the Fed’s three-year tightening cycle is nearing its end.

On the other hand, some analysts think that the market may be underestimating the number of times the Fed can increase rates next year.

“We believe that Powell has not turned dovish but simply toning down his hawkish tilt. We expect a Fed hike in December and the US economy to keep performing and support another four hikes in 2019,” said Philip Wee, who is currency strategist at DBS.