The dollar was steady against most major counterparts on Friday, as investors’ attention switched to an expected US interest rate hike next week, although gains are probably going to be capped on greater uncertainty about next year’s policy outlook.

The greenback found broad support as the euro and the pound came under pressure after downbeat remarks from the European Central Bank president regarding the outlook for the Eurozone and renewed concerns over the Brexit drama.

Analysts say that the next catalyst for bigger moves in the currency markets will be the Federal Reserve’s December 18 to 19 meeting.

The Fed is widely anticipated to raise interest rates by 25 basis points, its fourth rate increase this year. However, more focus will revolve around the policy outlook for 2019, over which there is greater amount of uncertainty.

“There is a lot of disagreement in the markets over the Fed’s rate hike course in 2019 with traders expecting anywhere between one to four rate hikes,” said Michael McCarthy, who is chief markets strategist at CMC Markets.

McCarthy said that market will be watching for any revisions in the Fed’s growth and inflation outlook. He believes there will be more upside to the dollar versus the euro and yen if its forward guidance paints a stronger picture of the US economy.

The yen was a bit stronger at 113.48 to the US currency. The Dollar has gained 1.2 percent versus the Japanese currency in the previous six trading sessions as interest rate differentials between US and Japan make the greenback a more appealing bet than the yen.

The dollar has been the biggest winner of 2018, having gained 5.3 percent over its peers so far this year. The Fed is the only major central bank to raise rates on the back of robust economy, accelerating inflation, and firm corporate profits.

On the other hand, in past few weeks, a weakening in US Treasury yields and tepid data have made some analysts forecast a peak for the dollar. Comments from Fed officials have also been read as dovish by the market, where they have indicated that interest rates are nearing their “neutral range.”

The offshore Chinese yuan traded at 6.8867, declining 0.15 percent against the dollar. The yuan weakened after the weaker-than-expected data that showed China’s November retail sales increased at the weakest pace since 2003 and industrial output rose the least in almost three years.

With the economic growth declining, most analysts are expecting support measures from Chinese authorities including interest rate cuts to support the economy which would likely keep the yuan under heavy pressure.

Negative sentiment out of China did not bode well for the Australian dollar, which dropped 0.5 percent to $0.7189. China is Australia’s biggest trade partner.

The euro traded flat on Friday, having floundered to stay in positive territory in the previous session. 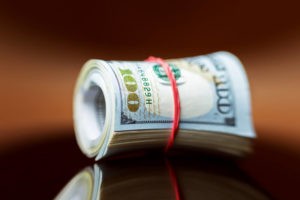 The ECB formally ended its 2.6 trillion euro crisis-combatant bond purchase scheme on Thursday. On the other hand, monetary policy is most likely to remain accommodative as ECB President Mario Draghi warned that the euro area’s growth outlook is likely to remain weak amid threats of a global trade war and the prospect of a hard Brexit.

The pound dropped 0.2 percent, trading at $1.2627 in Asian Trade after British Prime Minister Theresa May appealed to fellow EU leaders for concessions to help her win support in parliament next month for  a deal that  can smooth Britain’s exit from the European Union.

The pound has shown two consecutive sessions of gains against the greenback after Prime Minister May fought off a bid to unseat her by colleagues who were unhappy with her Brexit plans.