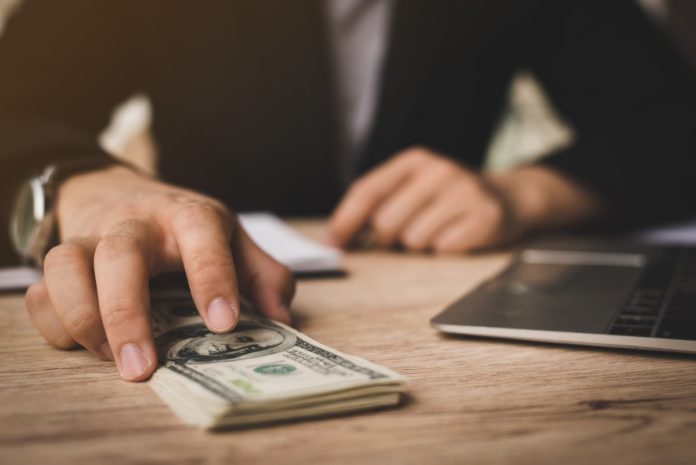 The U.S. dollar has been oscillating during the last few weeks. Mostly it was rising due to the china virus outbreak and its status as a safe-haven asset. However, this rise changed into a downfall after the last day’s events. Fed’s message was released, which was consistent with tolerance for higher inflation. As inflation causes the U.S. real rates to depress, it’s really bad news for the dollar. Daniel Katzive, head of foreign exchange strategy for North America at BNP Paribas, stated that the soft components of GDP would point you in the direction of lower Fed policy. Furthermore, personal consumption weakened dramatically, according to reports.

Dollar gained 0. 65% in the last two weeks because investors sold off risk assets. The Swiss franc also rose to 0.36%, and the Japanese yen increased to 0.21%, while the Chinese yuan continued to lower, stopping at 6.990 at last.

However, the dollar’s rally was apprehended by the bad news about the U.S. economy. After rising at a brisk 3.2% rate in the third quarter growth in consumer spending slowed to a 1.8% pace. Analysts are concerned because it accounts for more than two-thirds of U.S. economic activity.

Will the dollar continues its downfall?

The American economy in 2019 issued its slowest annual growth during the last three years. According to Karl Schamotta, the chief market strategist at Cambridge Global Payments, GDP looked relatively healthy because of a slump in domestic demand and a sharp but unsustainable rise in exports. But this situation is actually dangerous for the U.S. economy.

The fact is that the odds of interest rates being at 150-175 basis points in July fell from 44.3% to 37.2% during the last few days. And such markers aren’t attractive to the forward-looking participants that make up the foreign exchange market. So there is a big chance that the dollar will continue to decline if there won’t be any stimulators to cause its rally again.